Childless Women With Partners Put on More Weight Than Singles 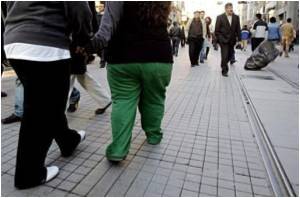 Researchers have found that marriage and babies might make women happy, but they can also cause unprecedented weight gain.

University of Queensland researchers Annette Dobson, professor of biostatistics, said that apart from motherhood and menopause, childless women in their late 20s and 30s who are married or living with their partner put on more weight than single women, and when they had a baby the weight goes up again - about 9.2 kilograms over a decade.

The study of 6458 Australian women over 10 years showed that the childless-but-living-with-a-man group gained so much - an average of seven kilos - while single women without kids put on the least: 4.9 kilograms.


"What we don't know is why partnering is having an effect on women's weight," the Sydney Morning Herald quoted Dobson as saying.

"But other research suggests that when couples live together, their eating habits often change to accommodate each other.

The BMI calculator helps you assess your weight indicating if it is normal or if you are underweight or overweight, based on your height.
Advertisement
"It may also be that you make more of an effort with meals," suggests Wendy Brown, professor of physical activity and health, and principal author of the research, part of the Australian Longitudinal Study on Women's Health.

Researchers also suggest that unlike a single woman who is engaged and busy with a certain busy lifestyle, being a couple creates a cocooning effect, where one stays home more often and eats or drinks more.

"When you get into a relationship, you want to spend more time with your partner, and you stop doing some of the things that are important to you - like exercise.

"It's not necessarily about not having time; it's more that your priorities change - sometimes it feels very selfish to do the things you want to do, and I don't think women do selfish very well. I think that when you become a couple, you give up some parts of yourself," says 40-year-old O'Bryan, who lives in Glenbrook in the NSW Blue Mountains.

If being in a relationship is bad, pregnancy is twice as much - It's not unusual for women to gain up to 22 kilograms during their pregnancy, instead of the normal range of nine to 11 kilograms, points out Weight Watchers' Kate Cody, adding that a common scenario for weight problems is when "kilo creep" after marriage is followed by a first pregnancy.

"We are indeed much more than what we eat, but what we eat can nevertheless help us to be much more than what we are". - Adelle Davis There are thousands out there battling 'the bulge'. With childhood obesity on the rise even children are not spared. If your weight issues are threatening to weigh you down learn more about obesity by taking part in this quiz.
Advertisement
Advertisement
This site uses cookies to deliver our services.By using our site, you acknowledge that you have read and understand our Cookie Policy, Privacy Policy, and our Terms of Use  Ok, Got it. Close
×