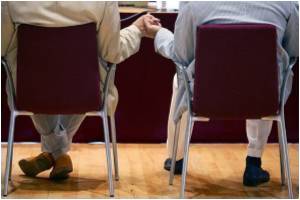 A new study has revealed that gay and bisexual men who were victims of sexual abuse and social shaming in childhood, are more likely to be victims of psychosocial health problems in adult life, thus increasing their risk for HIV.

The study included more than 1,000 HIV-positive and negative gay and bisexual men enrolled in the Multicenter AIDS Cohort Study (MACS), which began in 1983 and is the longest-running National Institutes of Health-funded investigation of HIV/AIDS.

A lot of factors have fuelled the spread of HIV in Eastern Europe and Central Asia, mainly official apathy, discrimination and criminalisation of drug addicts.

Almost 10 percent of the participants reported that they had been victims of childhood sexual abuse and nearly 30 percent had experienced gay-related victimization between the ages of 12 and 14, including verbal insults, bullying, threats of physical violence and physical assaults.


"Our study shows that the early socialization experiences of gay men can be deeply stigmatizing and increase their risks for these syndemic conditions in adulthood," said Sin How Lim, study author and post-doctoral associate, Pitt's Graduate School of Public Health.

"Given the long-lasting impacts, effective interventions should address multiple interrelated social issues early on rather than focusing on each problem in isolation."