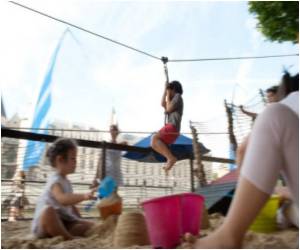 The analysis in the Proceedings of the National Academy of Sciences was based on information about a group of 17,634 children born in Britain in the first week of March 1958.

Study of the psychology of color, technically termed as chromology delves into the influence of colors on the relationship between body and mind.
Advertisement

The group that had psychological problems by age 16, determined by the family reporting that a psychiatrist or psychologist had evaluated the child and found a "moderate" or "severe problem," earned between 19 and 28 percent less as adults than those who were not deemed to have had such issues.


For comparison's sake, children who had major physical health problems grew into adults that earned a family income that was an average of nine percent less than their healthy counterparts.

A new study has revealed that adult children of divorce are more likely to have seriously considered suicide than their peers from intact families.
Advertisement
"By age 50, people who had childhood psychological problems had a six percent lower probability of being married or cohabitating and an 11 percent lower chance of working," said the study.

Researchers also saw a negative impact by age 50 on the traits of agreeableness and conscientiousness among those who had childhood psychological problems.

"These findings demonstrate that childhood psychological problems, much more so than childhood physical health problems," said James Smith, one of the study authors and a senior economist at the RAND Corporation, a nonprofit research group.

"The findings suggest that increasing efforts to address these problems early in children may have large economic payoffs later in life."

Earlier studies by Smith have showed similar results in Americans, and suggested that childhood psychological problems cost as much as $2.1 trillion over the lifetimes of those affected.

A new study of twins is the first to show that environment plays a key role in reading growth over time.
Advertisement
<< Royal Wedding Fever Has Started
Airport Body Scanners are Safe >>