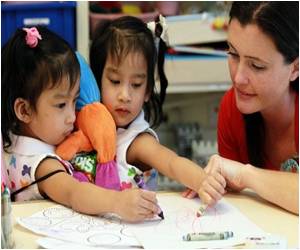 Certain therapies may put kids diagnosed with cancer at the risk of obesity in later stages of life, suggests a new study.

"Also, the ability to identify patients at increased risk may guide selection of therapeutic protocols that will maximize treatment outcomes while simultaneously minimizing the risk of long-term complications among children diagnosed with cancer," said one of the researchers Kirsten Ness from St.Jude Children's Research Hospital in Memphis, US.

If You Feel Drowsy and Sleep-Deprived All The Time, Blame it on Obesity And Depression

People who are obese feel tired throughout the day because the fat cells in the abdomen produce immune compounds called cytokines that promotes sleep.
Advertisement
Cranial radiation is used to prevent or delay the spread of cancer to the brain. The likelihood of obesity increased among survivors treated with cranial radiation who had also received glucocorticoids, or who were younger at the time of diagnosis. Also, certain variants in genes involved with neurons' growth, repair, and connectivity were linked with obesity among survivors treated with cranial radiation.

Survivors who had been treated with chest, abdominal, or pelvic radiation were half as likely to be obese as those who did not receive these treatments.

Effective strategies are required to encourage clinical discussions with parents about appropriate weight for their respective children.
Advertisement
Advertisement