Childhood Adversities May Increase the Risk of Suicide in Adolescence 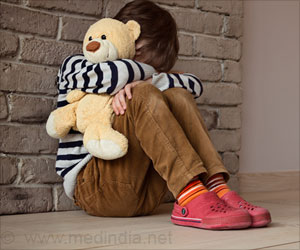 Common childhood adversities such as parental psychiatric disorder or parental abuse or a death in family is often associated with a substantially increased risk of suicide in adolescence and young adulthood.

The research study has been published in the BMJ Journal.

People with bipolar disorder are 2.63 times more likely to have suffered emotional, physical or sexual abuse as children than the general population.
Advertisement
‘Suicide risk in adolescence may be linked to childhood adversities such as parental psychiatric disorder or parental abuse.’

The results emphasize the need for effective interventions early in life, aiming to alleviate the risk in disadvantaged children, say the authors.


Despite the overall decline in suicide rates in Western countries during the past decades, suicide in young people is increasing and is ranked as one of the leading causes of death in those aged 15-29.

Women veterans who misuse opioid drugs also have an especially high risk of suicide.
Advertisement
Previous research has shown that exposure to adversity in childhood increases the risk for self harm in adolescence and young adulthood, but whether childhood adversity is associated with an increased risk for death by suicide is less clear.

So a team of researchers based at the Karolinska Institute in Sweden and the University of California, Los Angeles used Sweden's extensive and high quality nationwide registers to investigate associations between childhood adversity and the risk of suicide in late adolescence and young adulthood up to age 24.

Indicators that the researchers were not able to study included abuse and neglect.

A total of 42% of the participants were exposed to at least one indicator of childhood adversity, mainly parental separation/single parent household (29%) and household receiving public assistance (20%).

During follow-up, 431 individuals died by suicide, corresponding to an average suicide rate of 10.6 per 100,000 person years.

Highest suicide rates per 100,000 person years were found among those exposed to suicide in the family (34.9), parental psychiatric disorder (27.8) and substantial parental criminality (26.6).

The risk was markedly increased in young people exposed to two or more adversities - and the association remained even after adjusting for school performance and childhood psychopathology.

The researchers point out that this is an observational study, so no firm conclusions can be drawn about cause and effect, and they outline some limitations that could have introduced bias.

Nevertheless, they conclude that this study "provides clear evidence that childhood adversities that are common in the general population are associated with an increased risk for suicide in adolescents and young adults."

They add that these results "emphasise the importance of understanding the social mechanisms of suicide and the need for effective interventions early in life aimed at alleviating the suicide risk in disadvantaged children."

And they stress this should be done "in parallel with wider societal efforts to reduce the size of social disadvantage."

Research Sheds Light on Suicide in Children and Adolescents

Clinicians who deal with mental health problems of children and adolescents face a major issue as far as suicide is concerned in this patient group.
Advertisement
<< Tooth Decay More Likely to Occur in People who Have a Phobia...
Eye Exams For Type 1 Diabetics Based on Their Risk of Eye Pr... >>