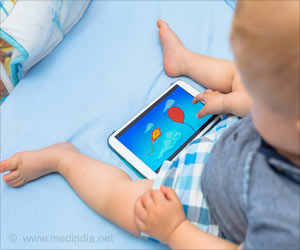 Do young children learn anything from YouTube videos? The answer is No, new study reveals YouTube videos may not help toddlers learn new things.

"Young children are attracted to smartphones more than other forms of media and there is a need for more techno-behavioural studies on child-smartphone interaction," said the lead author of the study, Savita Yadav from the Netaji Subhas Institute of Technology in New Delhi.

Advertisement
‘Toddlers up to two years of age are entertained and kept busy by their parents showing them YouTube videos on smartphones, but they may not learn anything from the videos.’

For the study, published in the journal Acta Paediatrica, the researchers recruited 55 toddlers between 6 to 24 months old, using professional and personal contacts and visited by two observers, for at least 10 minutes.


The observers recorded the toddlers' abilities to interact with touchscreens and identify people in videos and noted what videos attracted them the most.
Advertisement
The toddlers were attracted to music at six months of age and interested in watching the videos at 12 months.

They could identify their parents in videos at 12 months and themselves by 24 months. They started touching the screen at 18 months and could press the buttons that appeared on the screen, but did not understand their use.

The toddlers preferred watching dance performances by multiple artists with melodic music, advertisements for products they used, and videos showing toys and balloons.

Kids Who Own Cell Phones More Likely to be Cyberbullied
Kids who owned cell phones were significantly more likely to report being a victim of ......