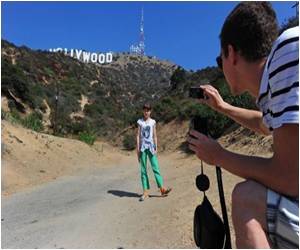 Former child stars of Hollywood have made shocking revelations about the prevalence of child-molestation which is widespread in the entertainment industry. The revelations were made after three showbiz figures were accused recently of preying on aspiring young hopefuls.

Casting agent Jason James Murphy, 35, was also exposed as having been convicted of kidnapping and molesting an eight-year-old boy.


Alison Arngrim, who played Nellie Oleson in 1970s TV hit Little House on The Prairie and Mary McDonough, who starred as Erin in The Waltons have now spoken out about their own abuse as child stars.

The two now work to protect child actors from predators who groom them with parties and sleepovers - and encourage them to think abuse is normal behaviour.

Arngrim has written of her ordeal in her book Confessions of a Prairie Bitch.

"For a sexual predator showbiz is the biggest free candy store going... You have kids and their parents throwing themselves at you," the Sun quoted her as saying.

McDonough too detailed the danger to child stars in her own book Lessons From The Mountain.

"There are a lot of predators out there," she said.

"There was a crew member who made me kiss him every day when I was 11 and a director who stuck his tongue down my throat the minute I turned 18. It was very creepy," she added.

He is now preparing to speak to Los Angeles cops about bringing the culprits to justice decades later.

Infidelity is no longer seen as a midlife crisis alone because younger people are beginning to cheat on their spouses
<< Brains of London Taxi Drivers Expand to Accommodate Informat...
Obama Did Not Oppose 'Plan B' Move >>

Safe Sex
News Archive
News Resource
News Category
How to Reduce Needle Anxiety in Children? Tobacco Addiction: Here's How to Break the Habit Parents are 'Winging It' on Their Kids' Mobile Use Ankle and Ankle Movements While Riding an Hoverboard Is It Healthy to Let Your Mind Wander?
More News
Sign up for Wellness Consult a Doctor Sign up for Selfcare

Blood Pressure Calculator Sanatogen Find a Doctor Post-Nasal Drip Sinopril (2mg) (Lacidipine) Blood Donation - Recipients Blood - Sugar Chart Drug - Food Interactions Selfie Addiction Calculator The Essence of Yoga
This site uses cookies to deliver our services. By using our site, you acknowledge that you have read and understand our Cookie Policy, Privacy Policy, and our Terms of Use