Child Rights in India Still Has a Long Way to Go 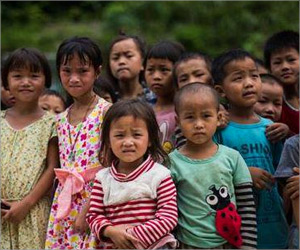 India had done a lot for the rights of children but still had a long way to go, says Unicef India Child Protection chief Joachim Theis.

"India has done a lot in terms of the Juvenile Justice Act, Integrated Child Protection Scheme (ICPS), but if you look at the scale of challenges it's still very very small. I think the bottom line is that the marginalised children are at the bottom of the priority list," Theis said.

Parent Mentors are a special category of community health workers who have children with particular health conditions and risks.
Advertisement
‘The United Nations Children's Emergency Fund official was to participate in an international conference on 'Improving Standards of Care for Alternative Child and Youth Care.’

The United Nations Children's Emergency Fund official was to participate in an international conference on 'Improving Standards of Care for Alternative Child and Youth Care: System, Policies and Practices'.


The event was held by a non-governmental organisation 'Udayan Care' with the ministry of women and child development as knowledge partner, at Amity University. He said there was a need for more investment towards child rights and development.

Risk of Metabolic Disorders in Children With Spina Bifida

Children with high level myelomeningocele have more adipose tissue, subcutaneous and muscle-associated, as well as less muscle and bone.
Advertisement
Speaking about ICPS, a central government scheme for vulnerable children, he said lack of a cadre of professionals impinged on the proper implementation of government policies.

"People who work in the ministry need to have a better understanding of the issues; people who understand the topics take pride in addressing those issues. When I meet people in the ministry of health, department of women and child development or education, I find that many have come from other sectors like civil aviation or tax departments and there is a lack of common knowledge," Theis said.

He said the marginalised workers in several government projects was another reason for the delay in implementation of schemes.

"They (government departments) hire workers temporarily; they are not permanent and poorly paid. This marginalises the field workers and the most affected ones. In developed countries, the pressure comes from the workforce," he said, adding that social workers are not respected in India.

Younger Siblings May Determine The Weight of First-Born Children

Parents, take note! If you want to keep your children healthy and away from obesity, then give them a younger sibling.
Advertisement
<< Learning Difficult Task can Topple Our Brain Barriers: Stud...
Malaria During Pregnancy- Prevention Strategies in Kenya >>

The method involves a simple finger-prick test which is quick, economical and does not require blood extraction to detect celiac disease in children.

Find a Doctor Pregnancy Confirmation Calculator Calculate Ideal Weight for Infants The Essence of Yoga Loram (2 mg) (Lorazepam) Turmeric Powder - Health Benefits, Uses & Side Effects Diaphragmatic Hernia Drug Side Effects Calculator Indian Medical Journals Blood - Sugar Chart
This site uses cookies to deliver our services. By using our site, you acknowledge that you have read and understand our Cookie Policy, Privacy Policy, and our Terms of Use