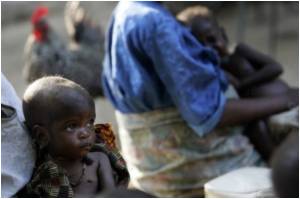 The UNICEF declared on Thursday that the global infant morality rate - the number of children who die before reaching their fifth birthday - has fallen by a third in the past two decades, but that still leaves more than eight million deaths each year.

And the deaths are increasingly concentrated in India, Nigeria, Democratic Republic of Congo, Pakistan and China.

According to latest estimates by a UN Children's Fund offshoot, the number of under-five deaths decreased from 12.4 million per year in 1990 to 8.1 million in 2009. The global under-five mortality rate has dropped in that time from 89 deaths per 1,000 live births to 60.


UNCEF said this means that 12,000 fewer children are dying each day around the world compared to 1990.

But it added that "the tragedy of preventable child deaths continues. Some 22,000 children under five still die each day, with some 70 percent of these deaths occurring in the first year of the child?s life."

The highest child mortality rates are in sub-Saharan Africa, where one in eight children dies before their fifth birthday -- nearly 20 times the average for developed regions (1 in 167). Southern Asia has the second highest rate, with about one in 14 children dying before reaching five.

But about half of the early child deaths around the world are now in India, Nigeria, Democratic Republic of Congo, Pakistan and China.

And the speed of the decrease will not be fast enough to meet the Millennium Development Goal of cutting under five deaths by 2015, UNICEF said. Child mortality will be one of the key goals discussed at a major UN summit in New York next week.

The new estimates were published in the 2010 report Levels and Trends in Child Mortality, issued by the UN Inter-agency Group for Child Mortality Estimation (IGME). 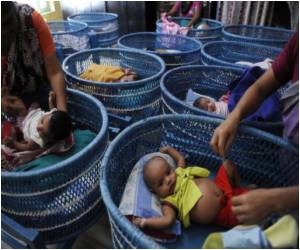 Bangladesh's Efforts to Reduce Child Mortality Lauded
A new study has pointed out the effort taken by Bangladesh in reducing the rate of child mortality in both rich and poor families.
READ MORE

Tackling Child Mortality Cheap and Achievable: Report
Child deaths around the world could be cut dramatically for just 40 billion dollars a year, as babies often die from easily treatable diseases, a new report by Save the Children said Monday.
READ MORE

UN Statement Indicates Considerable Decline in Global Child Mortality Rates
The number of children who die before the age of five has declined by 27 percent over the last 17 years, a report released by the UN Children's Fund said.
READ MORE