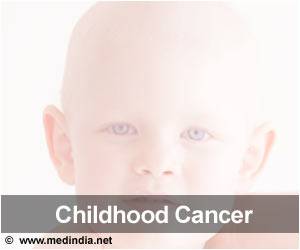 Children with acute lymphoblastic leukemia, the most common form of childhood cancer, can safely receive intravenous infusions of a reformulated mainstay of chemotherapy that has been delivered via painful intramuscular injection for more than 40 years, research reveals.

Researchers looked at the four-year, event-free survival and toxicity of E. coli L-asparaginase delivered via IV in its polyethylene glycol (PEG)-conjugated formulation or through IM injection in its native formulation. Clinicians had been delivering the drug via injection because of serious allergic reactions previously linked with IV infusion of the drug in its native form.

The clinical trial is one of the largest to compare the safety, efficacy and pharmokinetics of the two formulations of the bacteria-based enzyme. Findings from the study, DFCI ALL Consortium Protocol 05-001, were presented at the 55th annual meeting of the American Society of Hematology. Data came from 551 patients, 1 to18 years old, who were treated for pediatric ALL at 11 centers in the United States and Canada between 2005 and 2010. The findings take on particular relevance now that native L-asparaginase is no longer available in the U.S.


"Demonstrating that this important agent can be safely administered intravenously should help to provide clinicians peace of mind that they can decrease patient discomfort without increasing risk," said Lewis B. Silverman, MD, director of the Hematologic Malignancy Center at Dana-Farber/Boston Children's Cancer and Blood Disorders Center, who presented the data on behalf of the Dana-Farber Cancer Institute ALL Consortium.
Advertisement
The overall four-year event-free survival rate for all patients enrolled on the protocol was 86 percent, among the highest rates ever reported in a pediatric ALL trial. There was no statistically significant difference in event-free survival between patients in the trial's IV PEG-asparaginase and IM native L-asparaginase arms (92 and 90 percent, respectively). Nor were there significant differences in the rates of allergic reactions (12 and 9 percent, respectively), pancreatitis (11 and 9 percent, respectively) or clotting (6 and 11 percent, respectively), all of which are potential side effects of L-asparaginase.

Through patient and parent surveys, the study also demonstrated that pediatric patients experienced less pain and anxiety with IV administration of PEG-asparaginase.

Protocol 05-001 also investigated an intensified treatment regimen for children with B cell ALL who showed evidence of high levels of minimal residual disease following initial treatment, who tend to have relatively poor outcomes. The intensified regimen was associated with a four-year event-free survival rate of 77 percent, a large improvement over outcomes reported in the past for this group of patients.
Source: Eurekalert
Advertisement
<< Hair Needs Extra Love in Winter: Tips from Hair Care Special...
Study Finds Dad's Diet Influences His Kids' Health >>