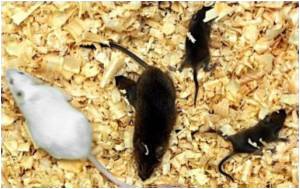 A centuries old traditional Chinese medicine may reduce the intestinal side effects of chemotherapy in cancer patients by stimulating gut cell division and reducing inflammation, a new study in mice suggests.The research will appear in the Wednesday, 18 August issue of Science Translational Medicine, which is published by AAAS, the nonprofit science society.Peonies and a pretty purple flower called skullcap, together with licorice and fruit from a buckthorn tree form Huang Qin Tang (pronounced Hu-ang Chin Tong), an ancient herbal medicine used in China to treat intestinal disorders such as diarrhea, nausea and vomiting. Recently, a Western-style phase 1/2 trial confirmed that this drug reduces gut damage caused by chemotherapy in colon and rectal cancer patients. In the new study, Yung- Chi Cheng, along with Wing Lam and colleagues from Yale University School of Medicine and a company called PhytoCeutica, Inc. use a carefully prepared, lab formulation of this medicine (called PHY906) and show that the healing effects of this blend of plants arise from its ability to target numerous biological processes in mice. "The reductionist approach to treating multiple side effects triggered by cancer chemotherapy or complicated disease may not be sufficient. Rigorous studies of the biology of traditional herbal medicines, which target multiple sites with multiple chemicals, could lead to the development of future medicines," said Cheng. Dr. Cheng is a scientific founder of and has equity interest in PhytoCeutica, Inc., which develops traditional Chinese medicine into drugs for the treatment of cancer and that licenses PHY906 from Yale University. Additionally, two authors of this paper own stock in PhytoCeutica, Inc. Yale University holds a patent on the herbal composition PHY906 and its use in chemotherapy. In the study, the researchers treated cancerous mice with chemotherapy, which shrank tumors but also caused massive destruction in the intestinal lining of the animals. After a few days of treatment with PHY906, the medicine restored the damaged intestinal linings in the mice. The team found that stem cell signaling molecules (known as Wnts) were present in higher than normal levels in the guts of the treated mice. Taking a closer look, the researchers discovered that PHY906 itself did not stimulate Wnt signaling, but that mixing PHY906 with a bacterial enzyme common in the gut triggered Wnt signaling, which drives the replacement of damaged intestinal stem cells with healthy ones. In addition to replenishing healthy gut cells, the herbal medicine blocked the migration of inflammatory cells to the gut and reduced inflammation--effects that seem to be caused by multiple actions of PHY906. These results suggest that traditional Chinese medicine may be a model approach for drug developers, who are eagerly testing combinations of agents in the hope that they hope will work better than any one alone. "We will continue to refine these processes to better study and understand the sophisticated nature of herbal medicines. Revisiting history may lead us to discovering future medicines," said Cheng.

PHY906 is currently only available for patients enrolled in a clinical trial. The authors caution that many herbal products claiming to be Huang Qin Tang may contain harmful or ineffective substitutes and should be avoided.

Chronic Lymphocytic Leukemia (CLL) is one of the most common types of adult leukemia and is considered as one ...

Rhabdomyosarcoma is a rare type of cancer affecting the striated muscles. It mostly occurs in ...

Tumor lysis syndrome is a collection of metabolic abnormalities due to the tumor cell lysis in patients with ...
This site uses cookies to deliver our services.By using our site, you acknowledge that you have read and understand our Cookie Policy, Privacy Policy, and our Terms of Use  Ok, Got it. Close
×