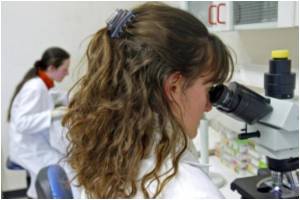 At Boston College, chemists have designed a new class of catalysts triggered by the charge of a single proton.

The team reports in the most recent edition of the journal Nature. The simple organic molecules offer a sustainable and highly efficient platform for chemical reactions that produce sets of molecules crucial to advances in medicine and the life sciences.


The new catalysts are small organic molecules derived from the abundant and renewable amino acid valine and can be synthesized in four steps through the use of commercially available and inexpensive materials, according to lead author Amir Hoveyda, the Joseph T. and Patricia Vanderslice Millennium Professor of Chemistry at Boston College.
Advertisement
The catalyst, used in as little as one quarter of a percent, promotes reactions that are complete within two minutes to four hours typically at room temperature, according to the co-authors, which include Boston College Professor of Chemistry Marc Snapper, Senior Research Associate Fredrik Haeffner, post-doctoral researchers Sebastian Torker and Tatiana Pilyugina, and graduate students Erika Vieira and Daniel Silverio.

Products formed consist mainly of a single mirror-image isomer of a large assortment of amines and alcohols, which serve as building blocks for the preparation of molecules capable of advancing new drug therapies relevant to human healthcare.

The electronic activation sparked by the proton and internal hydrogen bonds play a key role in every stage during catalysis of the carbon-carbon bond forming process, according to the researchers. This includes achieving high enantioselectivities - favoring one mirror-image isomer - as well as unprecedented rates of catalyst regeneration and product release.

"A reaction that can be initiated by a minute amount of a readily accessible and inexpensive catalyst to afford valuable organic molecules with high selectivity and which requires only renewable resources, as opposed to precious and rare elements, is extremely important to future advances in medicine and the life sciences," said Hoveyda.

Efficient, selective, cost-effective and sustainable protocols for preparation of organic molecules offer realistic access to significant quantities of a range of biologically active entities. Enantioselective synthesis, preparation of one mirror-image isomer, is crucial in this regard since most important entities in biology and medicine have the property of being handed as well.

"Chemical transformations that are highly selective as well as economical are very important for both discovery and commercial development of new therapeutic and diagnostic agents," said Robert Lees, of the National Institutes of Health's National Institute of General Medical Sciences, which partly funded the work. "The catalysts developed by Dr. Hoveyda represent an impressive advance because they can be used to inexpensively and predictably produce either isomer of a mirror image pair of molecules using mild reaction conditions."

The small-molecule catalysts initiate reactions of readily available boron-containing reagents with easily accessible imines and carbonyls, producing amines and alcohols with a high degree of enantiomeric purity, the team reports. The catalyst's ability to provide access to these prized enantiomerically enriched organic compounds in a manner that is not only efficient and selective but also economical and sustainable for the long term, will be of enormous value to researchers developing anti-cancer agents, therapeutics that reverse multi-drug resistance or anti-viral drugs.

Hoveyda said the discovery will allow chemists to access many valuable organic molecules faster, cheaper and in a sustainable and economic fashion with minimal waste generation and without continuing to depend on diminishing reserves of precious metals.

"The new catalysts have all the key characteristics of a class of molecules that can serve as a blueprint for the invention of many additional important and useful reaction promoters in the future," said Hoveyda.

Using Small Amount of Catalysts Has No Negative Effects in Manufacturing Pharmaceuticals
Researchers at University of Gothenburg have demonstrated that using small amounts of catalysts, ......

Stem Cells may Act as Catalyst for Hepatitis Research
Hepatitis C is a mysterious disease as it has different effects on different people....