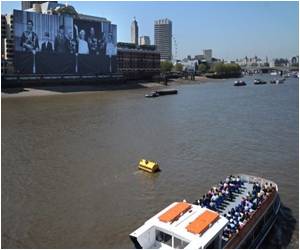 Triclosan, a common chemical used in personal care products and toothpaste, is the sixth most harmful substance that damages river's ecology.

Concentrations of the chemical at numerous test sites in the Elbe river basin, exceeded the predicted no-effect concentration (PNEC) for algal communities up to a factor of 12, according to researchers from Germany and Slovakia.

A 25-days long voyage from Yamunotri glacier in the Himalayas to Prayag in Allahabad was completed by environmentalists with an objective of spreading awareness about water pollution.
Advertisement

Accordingly, researchers from the Helmholtz Center for Environmental Research (UFZ) Germany and the Environmental Institute in Slovakia have called for including the chemical in routine monitoring programs, the journal Environmental Science Pollution Research reported.


Scientists are also very concerned about the fact that currently triclosan cannot only be detected in organisms living in wastewater but also in human plasma and in breast milk. Therefore, harmful effects extending beyond water organisms cannot be excluded, according to an UFZ statement.

Water contamination due to hazardous industrial waste seeping into the Sutlaj River flowing through Ropar District in Punjab has caused people to get skin diseases and stomach ailments.
Advertisement
This chemical has been on the market since 1972 and it was not until 1998 that the first serious effects were discovered.

Until now triclosan has been used as an antibacterial and antifungal agent in personal care products (toothpaste) and sportswear.

Approximately 350 tonnes of triclosan were used in the European Union in 2005. However, it is still not monitored in many parts of Europe.

A new study has determined that homes are an alarming and probably underestimated source of water pollution, and can contribute to 50 percent more water pollution than previously believed.
Advertisement
<< Study Finds Higher Satisfaction Levels Among Exercising You...
Physician Trainee Knowledge and Skills can be Improved by C... >>