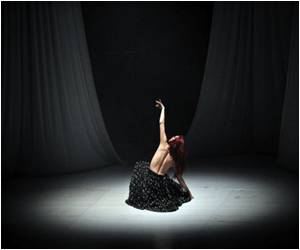 Checking a mobile phone during a performance is considered the least acceptable behaviour in a theatre, finds a new survey.

The State of Play: Theatre UK report said that theatregoers aged 25-34 were most guilty of checking their phones during a play, the BBC reported.

More than a quarter of people surveyed admitted they had done it at least once.


The report said that 63 percent of the UK population attended a show last year.

The research, unveiled on Thursday by Ticketmaster, was conducted online among more than 1,000 people who had been to the theatre at least once in the past three years, and 400 from abroad.
Advertisement
On codes of conduct, more than half (52 percent) thought it was acceptable to dress casually at the theatre, though this increased significantly among 16-19 year olds (72 percent).

And although just over one in eight considered whispering unacceptable at the theatre, eight out of 10 admitted to having done it at some point during a performance.

Social media has a significant presence alongside professional reviews. Close to one in four (24 percent) "tweet" about the performance they are about to see or have already seen, increasing to nearly half (47 percent) of 16-19 year old attendees.

The report identified an appetite for experimentation among theatregoers, with 36 percent saying that they would rather go to a new performance of a limited run than a show which has been running for more than two years.

Cell Phones can Kill Pedestrians
The number of emergency room patients who were injured while walking and talking or texting doubled ...