A new drug, which has the same effect as heroin, but is much cheaper is widely used for a high, by school kids aged just 15 in Britain.

The 50p worth blue pills, dubbed "pocket money" drugs, are soaring in popularity across the north of England.

Users compare the effects to the highs of heroin and amphetamines.


Police are now warning their use could spread across the UK.

At least three people have been admitted to hospital after taking the drugs, which are available on the Internet.

Two collapsed in police custody and began foaming at the mouth, while a third had to be sectioned under the Mental Health Act.

Sgt Mark Peasgood said one claimed to have taken 60 tablets, which are meant to treat anxiety, depression and alcoholism.

"The effects are an instant hit and then a downer. You forget about everything and during this time people are taking more," the Daily Star quoted him as saying.

"They lose their senses completely and then commit serious crimes," he added.

The drug, a benzodiazepine, is legal if prescribed, otherwise it is a Class C banned substance.

Effective Vaccine Against Heroin High Developed
A highly successful vaccine against a heroin high has been developed by Scripps Research scientists and they and have proven its therapeutic potential in animal models.
READ MORE

Painkiller Drug-Abuse may be a Harbinger of Future Heroin Abuse
A new study states that abuse of painkiller drugs be the earliest signs that a person could abuse illegal drugs such as heroin or cocaine.
READ MORE

MoU to Prevent Drug Trafficking
A memorandum of understanding (MoU) has been signed by India, Pakistan to reduce drug demand and tackle the cross-border trafficking in narcotics.
READ MORE 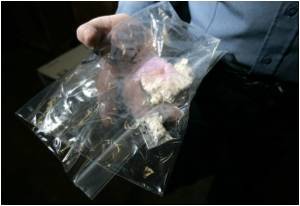 Major Initiative To Prevent Opioid Abuse And Overdose
Fatal overdoses involving prescribed opioids tripled in the US between 1999 and 2006, climbing to almost 14,000 deaths annuallymore than cocaine and heroin overdoses combined.
READ MORE