Cheap Blood-clotting Drug Could Save 100,000 Lives Each Year 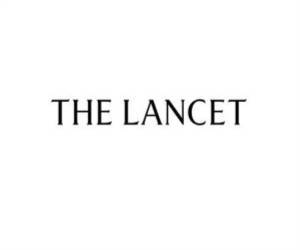 An easy-to-use blood-clotting drug that costs just a few dollars could save up to 100,000 lives each year from road accidents and violence, according to a paper published on Tuesday by The Lancet.

Doctors at the London School of Hygiene and Tropical Medicine tested an off-patent treatment called tranexamic acid (TXA) among 20,000 severely-injured adults in 274 hospitals in 40 countries.

Participants received either one gram of TXA by injection followed by another one gram in a drip over the following eight hours, or a dummy lookalike.


TXA reduced the risk of death by any cause by 10 percent compared with the placebo, the paper said.

When it came to the risk of death by bleeding, TXA scored a reduction of 15 percent over the placebo.

Head injury or traumatic brain injury is a leading cause of disability among children and young adults that leads to varying degrees of physical and mental stability. Fortunately, it is also one of the preventable brain disorder.
Advertisement
Each year, more than a million people die as a result of traffic injuries, and another 1.6 million die as a result of acts of violence, and many could be saved by swift action to stop haemorrhaging, the researchers said.

"Injuries may be accidental, for example, road crashes, or intentional, such as shootings, stabbings or land-mine injuries, and the majority of deaths occur soon after injury."

TXA works by reducing the breakdown of clots. The drug is manufactured by a number of companies, and a gram of it costs about 4.50 dollars.

"The drug is inexpensive and could be given in hospitals worldwide," said Etienne Krug, director of violence and injury prevention and disability at the UN's World Health Organisation (WHO).

"It is essential that doctors are aware of these results and take them into account in the emergency management of seriously injured patients."

The trial was carried out to see whether TXA was effective and whether it had bad side effects, such as increasing the risk of heart attacks, strokes and lung clots.

On the latter score, there was no increase in any of these complications, the authors said.

A quick and simple First Aid guide on how to administer treatment for Severe Bleeding.
Advertisement
Advertisement