Chances of a Prolonged Life Bleaker Than Previously Predicted 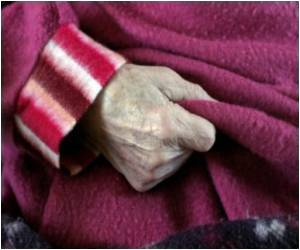 Team of demographers recently published research at the social science research organization NORC at the University of Chicago contradicting a long-held notion that the mortality rate of Americans flattens out over age 80.

It also explains why there are only half as many people in the U.S. age 100 and above than the Census Bureau predicted there would be as recently as six years ago.

The research is based on a new way of accurately measuring mortality of Americans who are 80 years of age and older, an issue that has proven remarkably elusive in the past. The work will be significant in arriving at more accurate cost projections for programs such as Social Security and Medicare, which are based in part on mortality rates.


The research, done by Leonid A. Gavrilov and Natalia S. Gavrilova, and published in the current edition of the North American Actuarial Journal, is based on highly accurate information about the date of birth and the date of death of more than nine million Americans born between 1875 and 1895. The data is publicly available in the Social Security Administration Death Master File. "It is a remarkable resource that allowed us to build what is called an extinct birth cohort that corrects or explains a number of misunderstandings about the mortality rate of our oldest citizens," said Leonid Gavrilov.

The publication of death rates of patients, specific for every surgeon in Scotland has led to mixed reactions from members of the medical community.
Advertisement
A stark example of the problem of estimating the number of people over 100 came recently when the U.S. Census Bureau revised sharply downward the number of living centenarians. Six years ago, the bureau predicted that by 2010 there would be 114,000 people age 100 or older. The actual number turned out to be 53,364. The projection was wrong by a factor of two.

The newly published paper, titled "Mortality Measurement at Advanced Ages: A Study of the Social Security Administration Death Master File," explains the discrepancy and is likely to make a difference in the way mortality projections for the very old are done in the future.

The key finding is straightforwardthe rate of mortality growth with age of the oldest Americans is the same as that for those who are younger. The research reveals that mortality deceleration, the long-held belief that the mortality rate flattens out above age 80, does not take place.

Anne Zissu, chair of the Department of Business NYC College of Technology/CUNY, said the research provides "an essential tool" for developing models on seniors' financial assets.

Zissu said the research "will alter our financial approach to this valuation of mortality/longevity risk. Demographers and financiers need to work on this issue together, and their models must adapt to each other."

The mortality rate for people between the ages of 30 and 80 follows what is called the Gompertz Law, named for its founder, Benjamin Gompertz, who observed in 1825 that a person's risk of death in a given year doubles every eight years of age. It is a phenomenon that holds up across nations and over time and is an important part of the foundation of actuarial science.

For approximately 70 years, demographers have believed that above age 80 the Gompertz Law did not hold and that mortality rates flattened out. The work done by the Gavrilovs, a husband-and-wife team, reveals that the Gompertz Law holds at least through age 106, and probably higher, but the researchers say mortality data for those older than 106 is unreliable.

The Gavrilovs say the extinct birth cohort of people born between 1875 and 1895, which they built using the Social Security Administration Death Master File, reveals beyond question that the mortality rate of people in that cohort aligns with the Gompertz Law.

"It amazes me that the Gompertz model fits so well nearly 200 years after he proposed it. I like the approach of using extinct cohorts methods on SSA DMF (Social Security Administration Death Master File) data by month and the use of male-female ratios to test the quality of the data at advanced ages," said Tom Edwalds, Assistant Vice President, Mortality Research, for the Munich American Reassurance Company.

Prior estimates of the number of centenarians in the United States were made in less direct ways that were subject to error. They depended, for example, on people self-reporting their age in the U.S. Census, which is less reliable than having actual birth and death data.

In the last 60 years, India has made rapid strides in the health sector and this is indicated by a greater quality of life and increased life span.
Advertisement
<< Nanotech Medical Diagnostics Uses Butterfly Effect
Behavioral Deterrence Model Seems To Sever Bullying, Peer Re... >>