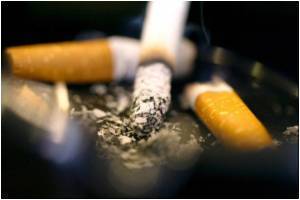 The quit smoking drug,'Champix' is under the spotlight after 15 people on the drug committed suicide and hundreds harbour thoughts of suicide while on the pill, data from Australia's drug regulator revealed.

The Therapeutic Goods Administration (TGA) said 206 "suicide-related events" and 15 suicides had been linked to the drug, which has been prescribed more than a million times since becoming available on the Pharmaceutical Benefits Scheme two and half years ago.

The TGA has also received 1025 reports of suspected adverse reactions to the drug, 67 per cent of which describe psychiatric symptoms such as depression, agitation, anxiety, altered mood and aggression.


A spokeswoman for the TGA said that of the 15 suicides, 13 people were taking Champix and no other medication at the time of their death.

Despite calls for Champix to be banned, the TGA had no plans to limit its availability because there was no proof the drug was causing suicidal thoughts.
Advertisement
"Stopping smoking - with or without medication - may be associated with various psychiatric symptoms such as depressed mood (including suicidal ideation], irritability, anxiety and frustration, or anger; stopping smoking may also exacerbate any underlying psychiatric condition," the Age quoted the spokeswoman as saying.

She said a written warning added to the medication last year for prescribers and consumers explaining the potential side effects was sufficient to protect the public.

"There is significant information in the product and consumer information for varenicline [Champix] on the association between varenicline use and the development of suicidal ideation," she said.

"All medicines have potential risks. The TGA, as a regulator, has to consider the balance between the benefits offered by any medicine and the potential risks associated with its use. These risks and benefits also need to be considered when the medicine is prescribed."

Diego De Leo of the Griffith University said he hoped the TGA would commission independent research on the drug to ensure the risks of keeping it available were balanced with the benefits it offered smokers.

De Leo said it was difficult to establish the cause of suicidal tendency in people taking the drug because many factors could contribute to their feelings, including life events, mental illness and other medications.

Fiona Sharkie of Quitsaid the report would not change Quit's advice to smokers: to discuss with their doctor whether the drug was appropriate for them. Pfizer spokesman acknowledged the drug could be causing adverse events for people.

"Current evidence does not establish a causal link between Champix and these adverse events, but it cannot rule it out either," she said.