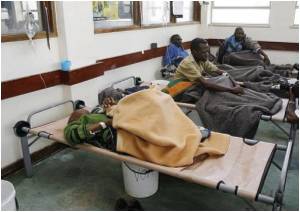 The cholera outbreak in the tribal areas of Orissa has raised concerns in the central government with a three-man central team expected to assess the situation on the ground even as the Orissa Health Minister submitted his report to the Chief Minister.

Led by the national project officer of the National Centre for Disease Control, Jagbir Singh, the central team will sit down with the state authorities to discussion the outbreak which has claimed 40 lives so far since August with state health officials stating that more than 1,300 people have been affected by the outbreak.

The creation of the central team follows even as the Orissa state government five more officers with a probationary Indian Administrative Service (IAS) rank have been appointed in order to make sure that various steps taken by the state government are being implemented on the ground level.


There has been some controversy over the death toll with the Congress party claiming that the number of deaths is around 150 though the official toll says that around 40 lives have been lost while there have been no reports of any fresh deaths.