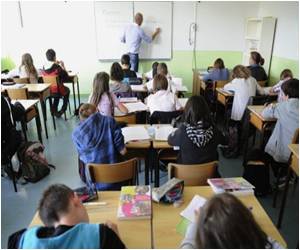 The Asian population in the US grew by 43.4 percent in the last decade, making it the fastest-growing race group in the United States, says the US Census Bureau.

As part of an ongoing analysis of the data it reaped from its 2010 census, the federal agency said those who identified themselves as Asian alone, and not mixed race, grew by 43.3 percent from a decade earlier.

That was more than four times faster than the rate of growth for the overall US population, which grew 9.7 percent in the same period to 308,745,538.


Some 14.7 million people, or 4.8 percent of the total population, identified themselves as Asian alone. Another 2.6 million, or 0.9 percent, said they were Asian in combination with another race group, most commonly white.
Advertisement
"Net international migration is the biggest component of the change in the Asian population," Elizabeth Hoeffel, a statistician in the Census Bureau's population division, told reporters in a conference call.

For statistical purposes, the United States defines an Asian as someone "having origins in any of the original peoples of the Far East, Southeast Asia, or the Indian subcontinent."

Those who identified themselves as either Asian alone or Asian mixed with another race grew by at least 30 percent in all states except Hawaii, where they already made up a majority of the population.

Chinese was the largest of all Asian groups (four million, including 700,000 who identified as mixed race), followed by Filipinos (3.4 million) and Asian Indians (3.2 million).

Study Reveals Western Pupils Lag Behind Asians by Three Years
A report out of Australia has revealed that western schoolchildren are up to three years behind ......

Quality of Life is Low in South Asians Living With Coronary Disease
South Asians who live in Alberta with coronary disease experience a lower quality of life, ......