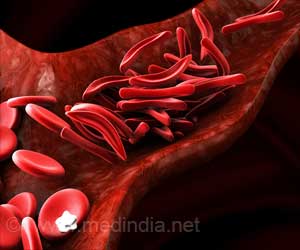 Cellular housekeeping can extend the lifespan and health span of mammals, suggests a research team from UT Southwestern.

A study jointly led by Drs. Salwa Sebti and Álvaro Fernández, postdoctoral researchers in the Center for Autophagy Research, found that mice with persistently increased levels of autophagy - the process a cell uses to dispose of unwanted or toxic substances that can harm cellular health - live longer and are healthier. The study is published in Nature.

Advertisement
‘Increased levels of autophagy, the process a cell uses to dispose of unwanted or toxic substances, helps animal models live longer and are healthier. ’

"Specifically, they have about a 10 percent extension in lifespan and are less likely to develop age-related spontaneous cancers and age-related pathological changes in the heart and the kidney," said Dr. Beth Levine, Director of the Center for Autophagy Research at UT Southwestern.


Twenty years ago, Dr. Levine and her colleagues discovered beclin 1 - a key gene in the biological process of autophagy. The group's research has since shown that autophagy is important in many aspects of human health, such as preventing neurodegenerative diseases, combating cancer, and fighting infection.
Advertisement
In 2003, Dr. Levine's team found that the genetic machinery required for autophagy was essential for the lifespan extension observed in long-lived mutant roundworms.

"Since then, it has become overwhelmingly clear that autophagy is an important mechanism necessary for the extended lifespan that is observed when model organisms are treated with certain drugs or when they have mutations in certain signaling pathways," said Dr. Levine, also a Professor of Internal Medicine and Microbiology who holds the Charles Cameron Sprague Distinguished Chair in Biomedical Science. "The body's natural ability to perform autophagy declines with aging, which likely contributes to the aging process itself."

Yet a crucial question remained unanswered: Is increased autophagy throughout mammalian life safe and beneficial? In other words, can autophagy extend lifespan and improve healthspan?

To answer this question, Dr. Levine and her UTSW colleagues created a genetically engineered mouse that had persistently increased levels of autophagy. The researchers made a mutation in the autophagy protein Beclin 1 that decreases its binding to another protein, Bcl-2, which normally inhibits Beclin 1's function in autophagy. As the researchers expected, these mice had higher levels of autophagy from birth in all of their organs.

Last summer, Dr. Congcong He, a former trainee in Dr. Levine's laboratory at UT Southwestern who originally made the mice, reported in PLOS Genetics that these mice are partially protected against mouse models of Alzheimer's-like disease. The most recent findings now show that mice with increased cellular housekeeping live longer, healthier lives.

Additionally, in collaboration with Dr. Ming Chang Hu, Associate Professor of Internal Medicine and Pediatrics who holds the Makoto Kuro-o Professorship in Bone and Kidney Research, and Dr. Orson Moe, Professor of Internal Medicine and Physiology who holds The Charles Pak Distinguished Chair in Mineral Metabolism and the Donald W. Seldin Professorship in Clinical Investigation, the Nature study also shows that the mice with increased autophagy are protected from the early death that occurs when the anti-aging hormone klotho is lacking.

"These studies have important implications for human health and for the development of drugs to improve it," said Dr. Levine, who is also a Howard Hughes Medical Institute Investigator. "They show that strategies to increase the cellular housekeeping pathway of autophagy may retard aging and aging-related diseases. The results suggest that it should be safe to increase autophagy on a chronic basis to treat diseases such as neurodegeneration. Furthermore, they reveal a specific target for developing drugs that increase autophagy - namely the disruption of Beclin 1 binding to Bcl-2."

Dr. Levine's group is collaborating with Dr. Jef De Brabander, Professor of Biochemistry and a member of the Harold C. Simmons Comprehensive Cancer Center who holds the Julie and Louis Beecherl, Jr. Chair in Medical Science, and his team to synthesize such drugs. Based on the results reported in the Nature study, drugs acting through this mechanism might be expected to improve the health and prolong the lifespan of human beings.

Newly Identified Autophagy-Dependent Secretory System Machinery
Autophagy has long been considered as a physiological process solely for degradation, but its ......

Autophagy Inhibitors Could Improve Efficacy of Chemotherapies to Treat Cancer
Inhibiting autophagy does not impair the immune response to tumors during chemotherapy, revealed a ....