Cell Phone Use and Its Impact on Brain Activity 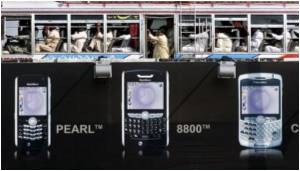 In a new study it was revealed that cellphone use appeared to increase brain activity. The research conducted, aimed to determine whether cellphone exposure affects regional activity in the brain.

Cellphones were first placed on the left and right ears of 47 test subjects. Two PET-scan brain images were then taken: the first with the right cell phone activated but the sound muted for 50 minutes, and the second with both cell phones turned off.

The study in Wednesday's edition of The Journal of the American Medical Association, was carried out by scientists at the National Institutes of Health in Bethesda, Maryland.


Researchers said they found increased brain glucose metabolism -- a marker of brain activity -- in the region closest to the phone antenna of the activated cellphone, but not in the de-activated one.

The most amazing and complex organ in the entire universe, the human brain continues to remain an enigma.
Advertisement
But they acknowledged that the clinical significance of the findings remained unclear and that further research was necessary to determine whether the electromagnetic fields emanating from cell phones could affect human brain function with "long-term harmful consequences."

"These results provide evidence that the human brain is sensitive to the effects of RF-EMFs from acute cell phone exposures," they wrote.

"The dramatic worldwide increase in use of cellular telephones has prompted concerns regarding potential harmful effects of exposure to radiofrequency-modulated electromagnetic fields (RF-EMFs)."

The scientists were especially concerned about the "potential carcinogenic effects" from these cell phone emissions.

But epidemiological studies linking cell phone use to the occurrence of brain tumors have been "inconsistent," they noted.

The debate over whether or not mobile phones are harmful for brain continues after a new research found that the cell phones pose no risk to the brain.
Advertisement
<< Over A Million British Children Mired In Poverty
Mammography Aids in Early Detection of Second Breast Cancer >>