Cause of Rare Immune Disease Identified by NIH Scientists 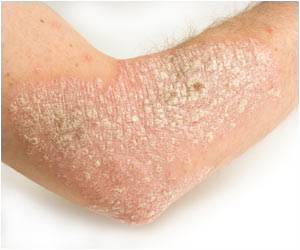 A genetic mutation in three unrelated families that causes a rare immune disorder characterized by excessive and impaired immune function has been identified by investigators at the National Institutes of Health. Symptoms of this condition include immune deficiency, autoimmunity, inflammatory skin disorders and cold-induced hives, a condition known as cold urticaria.

The study was led by Joshua Milner, M.D., in the Laboratory of Allergic Diseases at the National Institute of Allergy and Infectious Diseases (NIAID), and Daniel Kastner, M.D., Ph.D., scientific director at the National Human Genome Research Institute (NHGRI). It will appear in the online edition of the New England Journal of Medicine on Jan. 11, 2012.

The mutation discovered occurs in a gene for phospholipase C-gamma2 (PLCG2), an enzyme involved in the activation of immune cells. The investigators have named the condition PLCG2-associated antibody deficiency and immune dysregulation, or PLAID.


"Investigating rare diseases gives researchers more clues about how the healthy immune system functions," says NIAID Director Anthony S. Fauci, M.D. "More importantly, identifying the genetic cause of these disorders opens up possibilities for better disease management and potentially a cure for people who may have spent their entire lives debilitated by severe and unexplained symptoms."

Hives or Urticaria are allergic skin reaction that appear suddenly in clusters or as single bumps on the skin surface and can be itchy.
Advertisement
The NIH study involved 27 people from three separate families who all suffered from an inherited form of cold urticaria, an allergic disease characterized by the formation of itchy, sometimes painful hives, episodes of fainting and, in certain cases, life-threatening reactions in response to cold temperatures.

Blood sample analysis revealed that many patients produced antibodies to their own cells and tissues (autoantibodies), making them more susceptible to developing autoimmune disease. More than half had a history of recurrent infections, and laboratory tests revealed that most had low levels of infection-fighting antibodies and low numbers and reduced activity of circulating immune B cellsall symptoms of immune deficiency disease. In three cases, patients had common variable immunodeficiency, a disease that requires frequent intravenous infusions of immune globulin to prevent severe infections. Seven patients suffered from granulomas, inflamed masses of tissue, which formed on their fingers, ears, nose and other parts of their skin.

"This is one of few examples in which the allergy symptom directed us to a genetic syndrome," says Dr. Milner. "In trying to understand the link between this group of conditionsautoimmunity, chronic infections and cold urticariawe not only identified a disease-causing mutation but uncovered a unique and fascinating genetic mechanism at the crux of allergy, immune defense and self-tolerance."

"This study illustrates the power of multidisciplinary teamwork involving clinicians, geneticists and basic immunologists to get to the heart of seemingly insoluble medical mysteries," says Dr. Kastner. "Our team and colleagues working in the field now have much better odds of improving health outcomes for people with PLAID and for understanding this gene's role in other disorders."

The NIAID investigators teamed up with gene hunting experts in Dr. Kastner's laboratory and found the PLCG2 mutation after performing gene analysis and DNA sequencing studies. The mutation caused the PLCG2 enzyme to function without shutting off. Despite the fact that the enzyme was constantly turned on, immune cells ignored its signaling and did not activate normally.

Investigators performed a series of laboratory experiments to understand how the PLCG2 mutation affects B cells and mast cells, immune cells that contain histamine and other chemicals that are released during an allergic response. Patients' B cells containing the mutated gene fail to turn on normally, leading to their inability to produce antibody, but also an inability to sense when they are producing autoantibodies. Laboratory-developed mast cells containing the mutated gene released chemicals on exposure to cool temperatures, which could explain why the patients developed cold-induced hives.

According to the investigators, their findings suggest that inhibiting PLCG2 activity could be a therapeutic strategy to treat cold-induced hives, autoimmunity and immune deficiency in people with PLAID, but more studies are needed. The study findings also suggest that people previously diagnosed with common variable immunodeficiency disease or with granulomatous diseases could have a PLCG2 gene mutation. Further study is needed to understand PLAID and how mutations in PLCG2 could contribute to other allergic and immunologic disorders.

"These findings are gratifying both for researchers and for people with this disorder," says NHGRI Director Eric Green, M.D., Ph.D. "Furthermore, this study illustrates how genome-analysis methods can empower efforts to unravel the molecular basis of rare genetic diseases."