Cause of Death of Insulin-Producing Cells Identified 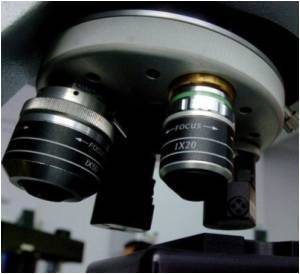 A previously unknown cause of the death of insulin-producing beta cells in the pancreas, a core defect in diabetes has been discovered by scientists in Italy and Texas.

"Our study shows that neighboring cells called alpha cells can behave like adversaries for beta cells. This was an unexpected finding," said Franco Folli,


professor of medicine/diabetes at The University of Texas Health Science Center at San Antonio.

He is co-lead author on the study with Carla Perego, assistant professor of physiology at the University of Milan.

Valuable information on diabetic foot care, treatment and prevention.
Advertisement
Alpha and beta cells are grouped in areas of the pancreas called the islets of Langerhans. Alpha cells make glucagon, the hormone that raises blood sugar during fasting. In the same environment the beta cells make insulin, the hormone that lowers sugars after a meal. Imbalance ultimately leads to diabetes.

"We found that glutamate, a major signaling molecule in the brain and pancreas, is secreted together with glucagon by alpha cells and affects beta cell integrity," Dr. Folli said. "In a situation where there is an imbalance toward more alpha cells and fewer beta cells, as in Type 1 and Type 2 diabetes, this could result in further beta cell destruction."

Glutamate toxicity is a new mechanism of beta cell destruction not previously known, Drs. Perego and Folli said. It has not been typically thought that alpha cells could themselves be a cause of beta cell damage, they said.

The study also found a protection for beta cells, namely, a protein called GLT1 that controls glutamate levels outside the beta cells. "GLT1 is like a thermostat controlling the microenvironment of beta cells with respect to glutamate concentration," Dr. Perego said.

A diagnostic test for glutamate toxicity in the islets of Langerhans is being developed by the authors, Dr. Folli said. Eventually an intervention to slow the process could follow.

Glutamate poisoning is a new candidate mechanism for beta cell destruction in diabetes. Others are high glucose, buildup of a protein called amyloid, and free fatty acids, which are found in patients with type 2 diabetes.

"The vicious cycle in diabetes is that there are several substances that have been shown, also by us, to be toxic to beta cells," Dr. Folli said. "And now we have found a new one, glutamate."

Blood Pressure Calculator Calculate Ideal Weight for Infants Sanatogen Diaphragmatic Hernia Vent Forte (Theophylline) Find a Hospital Color Blindness Calculator Drug - Food Interactions Drug Side Effects Calculator Post-Nasal Drip
This site uses cookies to deliver our services.By using our site, you acknowledge that you have read and understand our Cookie Policy, Privacy Policy, and our Terms of Use  Ok, Got it. Close
×