Case to Case Approach is the Best for Child Custody Evaluators 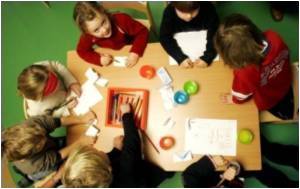 Child custody evaluators should be able to distinguish between types of violence - because a universal approach to child custody can be dangerous for both mums and kids,according to new American research.

The University of Illinois study reveals that evaluator's beliefs generally fall into two categories, and one group is far more likely to prioritise safety for women and children when making custody decisions.

Japan Threatened on Child Custody by US Lawmakers

Japan will be punished unless it works to reunite hundreds of children with foreign parents, US lawmakers say, accusing Tokyo of violating human rights through its custody laws.
Advertisement

"Some evaluators see conflict as a natural part of relationships. When domestic violence occurs, they reason that it takes two to tango. When a couple's relationship is over, these evaluators see no reason the mom and dad can't co-parent safely, especially if they've both attended court-ordered anger management classes," said Jennifer Hardesty, a U of I associate professor of human and community development.


"The other group believes that anger management classes work for some couples, but they also know that violence can be used to control and terrorize women, and that children may be used as pawns in the relationship or as weapons against the mother. In such cases, these evaluators carefully craft custody arrangements that will keep the mother and children safe," said doctoral student Megan Haselschwerdt who worked with Hardesty on the study.

Britney Spears and Kevin Federline's months-long custody battle has officially finalized.
Advertisement
The researchers would like to see standardized and mandated training that would teach custody evaluators how to discriminate between types of violence because different kinds of violence require different interventions.

"Unfortunately, many courts are applying a one-size-fits-all model to custody cases. It's important to err on the side of safety. Safety precautions can be relaxed if it turns out that there's not as much of a risk as was thought. That's better than just assuming that there's no risk," Haselschwerdt said.

In the study, 23 custody evaluators participated in in-depth interviews, answering open-ended questions about their beliefs and how they made decisions.

Members of the "it takes two to tango" school said that most of their cases involved situational violence or arguments that turned physical because couples were unable to manage their conflicts properly-for example, a heated conflict about finances that ended with a shove.

These custody evaluators acknowledged that extreme cases of battering exist but said they almost never saw them.

She said: "These evaluators described situations that clearly went beyond situational violence, but they were convinced that was all they were seeing.

"In fact, speaking up for her safety can backfire on a woman if an evaluator decides she is trying to alienate the father from his children by making exaggerated claims. The evaluator may then compensate by prioritizing the father's custody rights."

The more prevalent type of domestic violence is situational violence, which probably occurs in approximately 60 percent of the evaluators' cases.

In at least another 30 percent of cases, described by scholars as intimate terrorism, one partner attempts to control the other through threats of violence and a willingness to follow up on them.

"Usually there are multiple forms of control-not allowing the partner to make any financial decisions, threatening to take the children away if the abuser's demands aren't met, emotional abuse, name calling, degrading or humiliating the other person-anything that would terrorize someone or make them feel less human," Haselschwerdt said.

"Attempts to control could involve keeping a log of how far a partner has driven or checking their cell phone and where they're going on the Internet. These sorts of monitoring behaviours become dangerous when they're followed up with threats of violence," she said.

Hardesty added: "There are many models and templates for suggested ways to do these evaluations. They tell evaluators what kind of information they need, how many people they should talk to, and how much time they should devote to an evaluation, but there are no legal requirements for how they should actually be done."

Scientists have confirmed a common assumption that violence and antisocial behavior increase during puberty.
Advertisement
Advertisement