Twenty years after the international community expanded the frontiers of protection for children, child carers and officialdom are slowly venturing into uncharted territory: cyberspace.

Since November 1989, the United Nations Convention on the Rights of the Child has gradually been adopted by 193 countries in a bid to protect children from abuse.

New recommendations to increase training as well as number of childcare workers need to be welcomed.
Advertisement 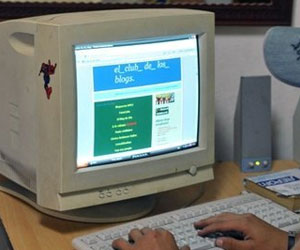 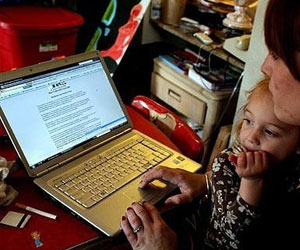 A mother holds her young daughter while she checks email in a motel room in March 2009 in West Sacramento, California 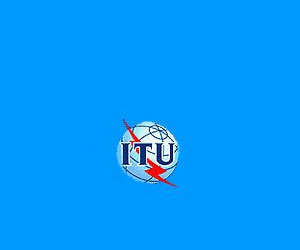 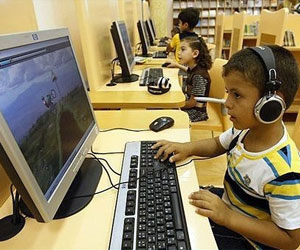 But child welfare groups and decision-makers are now paying close attention to the exponential growth of the parallel digital world, where children can roam out of sight of overwhelmed parents and run the risk of abuse in a global legal limbo.


This month, the UN's International Telecommunications Union launched a blueprint for child online protection, drawn up jointly by welfare groups, regulators, law enforcement officials and the industry, that will be updated every year.

A new study says that children's relationships with their caregivers play a significant role in controlling their stress levels.
Advertisement
"Children have become digital citizens in an online world that has no borders," explained Nenita La Rose, executive director of Child Helpline International, a network of telephone helplines for youngsters in 160 nations, and one of the authors.

Some 1.5 billion people now go online, 7,500 times more than a just over a decade ago, according to the ITU.

The picture of child use is fragmented, but the Internet is now an essential tool in schools in industralised nations.

Studies cited by the ITU indicated that 93 percent of US teenagers use the Internet, while in South Korea, 30 percent of under-18s spend at least two hours a day online.

"Based on our available data we're looking at any child above the age of six, who can just about read and write, who is going online even in a relatively low broadband penetration country like Malaysia," said Malaysian telecoms regulator Mohamed Sharil Tarmizi.

Driven by their instinctive curiosity and openness, the younger generations lead the way as "the early adapters of new technology", leaving their elders behind, as La Rose discovered one evening with her daughter.

"I felt I was in a digital roller coaster. She was on Facebook then the Blackberry was buzzing then she was texting, for two hours at a stretch."

"And then I got up, I felt exhausted and realised I was a digital immigrant: it was completely different world," she sighed.

"Cyberbullying is often committed by their friends and they are also sometimes the bullies, so that has fundamentally altered how we perceive the risks," she explained.

Although children are savvy with technology and feel emboldened, La Rose pointed out that they remain naive and need the same protection sitting at home with their computer as they might walking a city street.

Studies cited by the ITU found that 44 percent of Chinese children online said they had been approached by a stranger, while in France 72 percent of children surf the web alone.

While the Internet extends the horizons of knowledge and social relations for children, experts at the Telecom World 2009 show this month also highlighted their online exposure to pornography, or sites promoting violence, anorexia and bulimia.

"All our kids have this window," said Jasna Matic, Serbia's Minister for Telecommunications. "Alongside there are also a number of things that no kids should be exposed to."

Available online in different forms for parents and educators, policy makers, the industry and children, the ITU's new guidelines advocate a mix of government regulation, education and technical filters to protect children.

But the more immediate focus is on parents and children, in an attempt to bring real world street sense and precautions online.

"You have to make children understand that what they see is often not what it seems to be," said Dieter Carstensen of campaign group Save the Children.

Official guidance for children and parents is catching on, but it is still piecemeal.

And if parents in highly connected nations might feel overwhelmed, those in places just awakening to the web are even less equipped to provide wisdom or recognise a threat.

"So we have, on top of the content issue, literacy issues as well," he added.

Malaysia, as well as Serbia, are targeting parents and children through media and school campaigns, sometimes in the form of a crib sheet or a mouse pad that can be kept next to the computer.

But schools everywhere need to deepen their involvement, according to La Rose.

"Digital citizenship should be a mandatory part of the school curriculum from the day that a child goes to school," she said.

The link to the ITU guidelines for children and parents is: http://www.itu.int/osg/csd/cybersecurity/gca/cop/guidelines/index.html

Placing babies into childcare is a form of abuse, according to leading children's author Mem Fox. The author of the best-selling 'Possum Magic' said that she believed society would
Advertisement
<< The Dutch Turn Traditional Danger Advantageous: Build Homes...
Moderate Weight Loss Can Reduce The Development Of Osteoarth... >>

Pregnancy, Childbirth And Childcare, A Challenge To Contemporary Mothers

Warwick University study says as women move long distances away from close family for work, many of them tend to be 'ignorant and ill-equipped' to cope with pregnancy and childbirth.

Iron Intake Calculator The Essence of Yoga Accident and Trauma Care Nutam (400mg) (Piracetam) Calculate Ideal Weight for Infants Turmeric Powder - Health Benefits, Uses & Side Effects How to Reduce School Bag Weight - Simple Tips Color Blindness Calculator Noscaphene (Noscapine) Indian Medical Journals
This site uses cookies to deliver our services. By using our site, you acknowledge that you have read and understand our Cookie Policy, Privacy Policy, and our Terms of Use