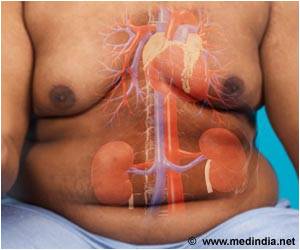 Currently more than two-thirds of adult Americans are classified as overweight or obese. Because of the high prevalence of coronary heart disease (CAD), overweight and obese patients more frequently undergo revascularization procedures such as percutaneous coronary intervention (PCI) and coronary artery bypass graft (CABG). Obesity has been considered a risk factor for worst clinical outcomes following cardiovascular procedures like these, however, emerging data suggest that higher BMI protects against adverse outcomes in many acute and chronic disease states. This prompted experts to reexamine assumptions about body fat and explore the counterintuitive phenomenon known as the "obesity paradox."

In a landmark meta-analysis of 36 studies, Abhishek Sharma, MD, Cardiology Fellow at the State University of New York Downstate Medical Center in Brooklyn, New York, and colleagues determined that low BMI (less than 20 kg/m2) in tens of thousands of patients with coronary artery disease who underwent coronary revascularization procedures was associated with a 1.8- to 2.7-fold higher risk of myocardial infarction and all-cause and cardiovascular mortality over a mean follow up period of 1.7 years. Conversely overweight and obese patients had more favorable outcomes. Cardiovascular mortality risk was lowest among overweight patients with a high BMI (25-30 kg/m2) compared to people with a normal BMI (20-25 kg/m2). Indeed, in obese and severely obese patients with a BMI in the 30-35 and over 35 kg/m2 range, all-cause mortality was 27% and 22% lower than people with normal BMI.


Dr. Sharma observes, "At this stage we can only speculate on the reasons for this paradox. One explanation may be that overweight patients are more likely to be prescribed cardioprotective medications such as beta blockers and statins and in higher doses than the normal weight population. Further, obese and overweight patients have been found to have large coronary vessel damage, which might contribute to more favorable outcomes. This population may have a higher metabolic reserve, which might act protectively in chronic conditions like CAD. Also, there could be a difference in the pathophysiology of cardiovascular disease in over- and underweight patients. A non-modifiable genetic predisposition may also play a role in underweight patients."
Advertisement
He concludes, "However, this is still speculation. Further prospective studies are needed to investigate this association and explore potential underlying mechanisms."

In a second study published in the same issue, investigators examined the "obesity paradox" from another perspective by evaluating the effects of body composition as a function of lean mass index (LMI) and body fat (BF) on the correlation between increasing BMI and decreasing mortality. They estimated BF and LMI in nearly 48,000 people with a preserved left ventricular ejection fraction of more than 50% and examined the survival advantages of obesity across strata of these body compositions.

Noted expert Kamyar Kalantar-Zadeh, MD, MPH, PhD, of the Department of Medicine, University of California Irvine Medical Center, Orange, CA, observes that "although the underlying mechanisms of the obesity paradox and reverse epidemiology remain unclear, the consistency of the data is remarkable, leaving little doubt that these observational data are beyond statistical constellations and bear biologic plausibility.

"The findings in these studies should not be considered as an attempt to undermine the legitimacy of the anti-obesity campaign in the best interest of public health. Nonetheless, given the preponderance and consistency of epidemiologic data, there should be little doubt that in certain populations higher BMI, which is associated with higher risk of metabolic syndrome and poor cardiovascular outcomes in the long-term, confers short-term survival and cardiovascular advantages. Metaphorically we can liken cardiovascular risk factors to a friend who is a negative influence, causing you to misbehave and be sentenced to jail, but once imprisoned the friend remains loyal and protects you against poor prison conditions and other inmates."

Source: Eurekalert
Advertisement
<< Gene Linked to Fatal Inflammatory Disease in Children Disco...
Much More Than Smallpox in the 'Forgotten Freezer' >>

Assessment of Cardiovascular Risk in Coronary Heart Patients
Coronary heart disease is defined as 'the narrowing of the small blood vessels. The study revealed ....