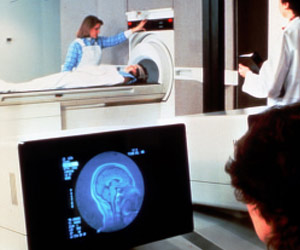 Benefits of executing Cardiovascular Magnetic Resonance (CMR) in patients who have been resuscitated after Sudden Cardiac Death or enter hospital suffering from ventricular arrhythmias (abnormal heartbeat rhythm) demonstrated by New research from Western University, Canada. Cardiologist Dr. James White and his colleagues at Western's Schulich School of Medicine & Dentistry, found CMR is a highly effective diagnostic imaging tool, identifying a cardiac diagnosis in 75 per cent of cases compared with only 50 per cent in all other testing. Overall, CMR identified a new or alternate explanation for the arrhythmia in 50 per cent of patients. The findings are published in Circulation: Cardiovascular Imaging, a Journal of the American Heart Association.

The study tested the impact of performing CMR in 82 consecutive patients that presented to hospital with either resuscitated Sudden Cardiac Death or Ventricular Tachycardia. "In these cases, there is a fear of recurrence, so we want to identify what might be at the root of the heart rhythm," explains Dr. White, the Director of the Cardiovascular MRI Clinical Research Program at Schulich's Robarts Research Institute.

Standard cardiac imaging tests were conducted in all patients. But the researchers also used a 3-Tesla MRI at the Robarts Research Institute to evaluate whether they could find an answer with one test. "What we found was interesting. In three-quarters of the patients who had an MRI performed, we were able to identify a plausible reason why that heart rhythm occurred. When we looked at the conventional testing and in only half the patients found a cause. So this made a very big and incremental difference to our diagnosis of these patients. We also found that about 50 per cent of the time, we provided either a new or alternate diagnosis for this patient population." Often the patients were found to have inflammation of the heart muscle or small heart attacks that had gone undetected.


The research was conducted in conjunction with the arrhythmia department at London Health Sciences Centre (LHSC). Dr. White is a Cardiologist and a scientist with Robarts and the Biomedical Imaging Research Centre (BIRC) at Western and Lawson Health Research Institute. He is an assistant professor in the Department of Medicine at Schulich Medicine & Dentistry and practices within the Division of Cardiology at the LHSC.
Source: Eurekalert
Advertisement
<< Southampton Researchers Spot Vital Peptides Capable of Leadi...
Widad Lootah Waxes Eloquent About the Joy of Sex >>

CMR Versus SPECT: Which is Better?
Cardiac MRI is more sensitive than SPECT in diagnosing cardiac problems, according to a recent ......

New Pathway Critical to Heart Arrhythmia Found
Researchers have uncovered a previously unknown molecular pathway that is important for ......