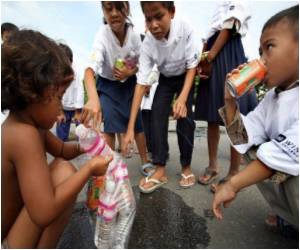 The carbon dioxide in fizzy beverages ignites the same pain sensors in the nasal cavity, very much like mustard and horseradish,according to a new study.

"Carbonation evokes two distinct sensations. It makes things sour and it also makes them burn. We have all felt that noxious tingling sensation when soda goes down your throat too fast," said Emily Liman, an associate professor of neurobiology in the USC College of Letters, Arts and Sciences at the University of Southern California.

What Does Carbon Dioxide Taste Like? Fizzy Drinks Can Tell The Human Tongue

A new study has found that the human tongue can taste the flavour of carbon dioxide when bubbles of fizzy drinks like Champagne break on it, a new research has revealed.
Advertisement

The burning sensation is caused by nerves that respond to pain, skin pressure and temperature in the nose and mouth.

These cells express a gene known as TRPA1 and serve as general pain sensors. The gene, however, provides only one aspect of carbonation's sensory experience. Another study had shown earlier that carbonation trips cells in the tongue that convey sourness.

The study is published online in the Journal of Neuroscience.

Do you know how a piece of charcoal can save you from snakebites and poisoning? Read more to know the ...