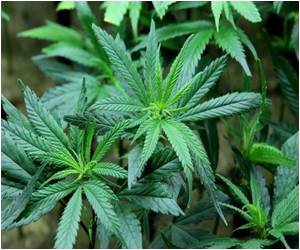 Evidence for the medicinal use of cannabis in people with cancer and multiple sclerosis was found by researchers.

Australian doctors are testing a cannabis mouth spray called Sativex in cancer patients with pain that does not respond well to traditional painkillers such as morphine.

The phase-three trial is the last of several studies required for manufacturer GW Pharmaceuticals to try to license the drug in Australia.


Dr Brian Le, a palliative care specialist at the Royal Melbourne Hospital, said four Australian hospitals were participating in the study, which involves about 300 patients in 20 locations around the world.

Custom Cannabis Being Developed in Israel

Horticultural revolutionaries in Israel are growing a strain of cannabis that relieves symptoms of some chronic illnesses but without the accompanying psychotic effects.
Advertisement
If the drug is found to be safe and effective, he said it could be available to Australian patients in the next few years.

"This is a really good study and one that's quite promising," the Age quoted him as saying.

A spokeswoman for Novartis, the company employed by GW Pharmaceuticals to commercialise the drug in Australia, said it was also working with the Therapeutic Goods Administration to make Sativex available to patients with multiple sclerosis who suffer from uncontrolled muscle spasticity.

No pharmaceutical drugs based on cannabis are currently licensed for use in Australia.

Since 2004, health authorities in the UK, Canada and Spain have licensed Sativex for patients with MS, a neurological condition that causes painful muscle stiffness in about 90 per cent of sufferers.

While cannabis has been strongly associated with mental illness, Dr Le said that phase one and two trials of Sativex in more than 400 cancer patients found it relieved pain with few side effects, the most common being nausea.

According to him, psychiatric side effects were very rare in the doses used and that patients did not report feeling "stoned".

"Our experience is that pain improves and the patients actually feel better. They're more able to do daily activities, sleep better through the night without pain and think clearly, so instances of feeling confused or 'out of it' are low," he said.

Dr Le said the drug worked by targeting cannabinoid receptors in the brain.

"Cannabinoid receptors are like morphine receptors in the body, they mediate how the pain is sensed and how that pain message is transmitted to the brain and therefore perceived, so it reduces the conduction of that message to say there is pain occurring," he added.

While the drug does not interfere with people's ability to think clearly in such low doses, Dr Le said patients in the trial cannot drive because Australian laws prohibit driving with cannabis in your system.

Use of cannabis can cause a temporary cognitive breakdown among non-psychotic individuals, leading to long-term psychosis.
Advertisement
<< Protection Against Bladder Cancer Given By High Levels of V...
Play Sports And Be Smart >>