Cannabis Could Relieve Pain Without the High 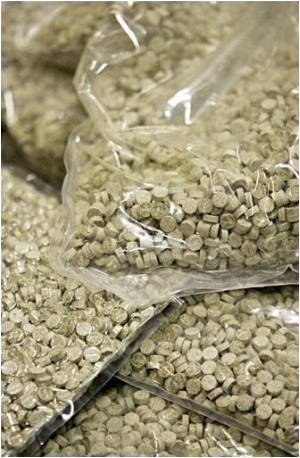 Cannabis is taken as a painkiller but it causes some unpleasant side effects like delusions and impaired mobility. Experiments conducted by US researchers have paved way for cannabis-like drugs that could kill the pain without the high.

Li Zhang of the US National Institute on Alcohol Abuse and Alcoholism in Bethesda, Maryland, and his team found that tetrahydrocannabinol (THC) - the active component in cannabis - is able to relieve pain by binding to receptors for the brain-signalling compound glycine and increasing their activity.

It has long been known that THC gives people a high by binding to a molecular anchor on cells called the cannabinoid type-1 (CB1) receptor.


Through experiments on mice, Zhang and his team confirmed that if the glycine receptor is absent or if its activity is blocked by another drug, the animals experienced pain in a standard 'tail-flick' test even when given THC, confirming that the drug's pain-relief and psychotropic effects can be decoupled.

"We found that this glycine receptor could be a primary target for developing non-psychoactive forms of cannabis," New Scientist.quoted Zhang as saying.

Drug toxicity is an adverse reaction of the body towards a drug that results as a side effect of a drug, reaction to a drug or drug abuse.
Advertisement
<< Drug to Prevent Bone Disease in Kids
Genetics and Cancer Risk Factors >>