Cancer Treatment may Age Immune Cells as Much as 30 Years 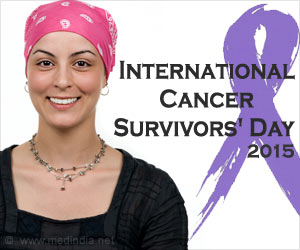 Cancer treatments are known to take a toll on patients, causing side effects like fatigue, nausea and hair loss. Scientists are investigating whether some treatments can cause another long-term side effect: premature aging of important disease-fighting cells.

University of North Carolina Lineberger Comprehensive Cancer Center researchers, by tracking a molecular marker that has been shown to increase in white blood cells as people age, have uncovered clues that suggest that stem cell transplant is linked to a marked increase in the "molecular age" of these immune cells in a group of patients with blood cancer.


The researchers report in the journal EBioMedicine that patients treated with an autologous stem cell transplant - a procedure that uses a reserve of a patient's own stem cells to regenerate healthy, non-cancerous blood cells - had elevated levels of expression of messenger RNA (mRNA), a type of genetic code used to make proteins, for this age-related marker. Strikingly, they found expression levels increased to a degree comparable to an additional 30 years of chronological age.


Despite the risk for significant short- and long-term side effects, the researchers say stem cell transplant is an extremely important treatment option. They believe their findings could lay the foundation for future studies into using this age marker to enable physicians to better quantify a patient's potential risk and benefit associated with a stem cell transplant.

"We know that transplant is life-prolonging, and in many cases, it's life-saving, for many patients with blood cancers and other disorders," said the study's lead author William Wood, MD, a UNC Lineberger member and an associate professor in the UNC School of Medicine Division of Hematology and Oncology. "At the same time, we're increasingly recognizing that survivors of transplant are at risk for long-term health problems, and so there is interest in determining what markers may exist to help predict risk for long-term health problems, or even in helping choose which patients are best candidates for transplantation."

Researchers are interested in objective measures of molecular or functional age as a person's age in years is not always a good indicator of his or her health or fitness to receive a treatment. UNC Lineberger researchers examined mRNA levels for a protein called p16. MRNA expression of the gene coding for the p16 protein has been found to exponentially increase with chronological age.

"It's a well-known concept in geriatric oncology that different people age biologically at different rates and that their overall health status may or may not correspond with chronological age," Wood said. " On the one hand, we would not want to use chronological age itself to exclude patients from transplant since there are now patients up to the age of 80 who would benefit from transplant if they are otherwise appropriate candidates. A measure of biological age could help us to identify appropriate older candidates who might have previously been excluded from transplant. On the other hand, there are other, potentially younger patients who may be less physiologically fit because of prior treatment or comorbid illness, for whom transplant carries increased risks."

They also noted that autologous stem cell transplant, as measured by p16 mRNA expression, had the strongest impact on molecular aging of T-cells -- even greater than cytotoxic chemotherapy. A previous study had found that cytotoxic chemotherapy in breast cancer led to an approximately two-fold increase in p16 mRNA expression, equivalent to about 10 years of chronological aging.

To try to explain why autologous stem cell transplant might age T-cells faster, they speculated that the forced regeneration of bone marrow that accompanies re-engraftment may contribute to stem cell aging. Chemotherapy prior to transplant may also contribute to increased p16 mRNA expression - so recipients of autologous transplant are in effect aged twice.

While the researchers did not have data showing a clear connection between changes in p16 mRNA expression levels and the actual function of the T-cells, they did argue that expression of this marker is "arguably one of the best in vivo marker of cellular senescence and is directly associated with age-related deterioration."

In addition to Sharpless and Wood, other co-authors were: Janakiraman Krishnamurthy; Natalia Mitin; Chad Torrice; Joel S. Parker; Anna C. Snavely; Thomas C. Shea; and Jonathan S. Serody. The study was supported by funding from the National Institutes of Health.

Blood Cancer Treatment Linked to Aging of Immune Cells as Much as 30 Years
Stem cell transplant has been linked to a marked increase in the "molecular age" of the immune cells in a group of patients with blood cancer.
READ MORE

Common Blood Cancer Could be Prevented Before It Develops
There is an urgent need for new treatments for myeloma, which, as well as being largely incurable, can have a devastating impact on quality of life.
READ MORE

A New Therapeutic Target in the Fight Against Resistant Blood Cancer Cells
The protein Gab2 works as an enhancer of cancer-causing signals and is often present in larger quantities in chronic myeloid leukemia cells than in healthy cells.
READ MORE