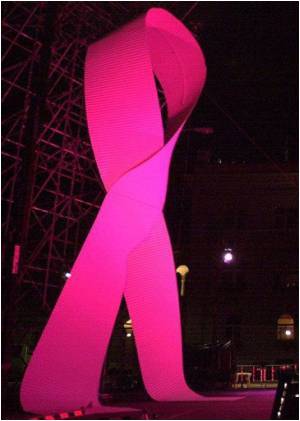 A US study published Wednesday predicts a 27 percent leap in the cost of treating cancer in the United States over the next 10 years, partly due to the growing population of elderly Americans.

The changes are anticipated even though cancer incidence has been on the decline because of earlier diagnoses and improved survival rates among cancer patients, said the study in the Journal of the National Cancer Institute.

Medical expenditures on cancer will reach 158 billion dollars in 2020, a boost of 27 percent over 2010, and could go as high as 207 billion if treatment costs continue to rise, said the research by the government's National Institutes of Health.


"The rising costs of cancer care illustrate how important it is for us to advance the science of cancer prevention and treatment to ensure that we're using the most effective approaches," said Robert Croyle, director of Cancer Control and Population Sciences at the National Cancer Institute.

Breast cancer is a kind of cancer that develops from breast cells and affects mainly women worldwide and sometimes men. Read Medindia's top facts on Breast cancer.
Advertisement
"This is especially important for elderly cancer patients with other complex health problems."

Since cancer tends to affect more people over age 65, a growth in that sector of the population is a major reason why costs are anticipated to rise.

The number of elderly people in the United States is forecast to go from 40 million in 2009 to 70 million in 2030, the researchers said.

But the costs of caring for cancer have also risen in combination with medical breakthroughs that keep people alive for longer periods.

"If cancer incidence and survival rates remain stable, the number of cancer survivors in 2020 will increase by 31 percent, to about 18.1 million," said the study which appears in the Journal of the National Cancer Institute.

Across the board for all kinds of cancers, costs were highest in the last year of life.

Every year about half a million people in the United States die of cancer, which causes one in four deaths and is the second leading cause of death after heart disease.

About 11 million people in the US were living with cancer in 2007, according to the American Cancer Society.