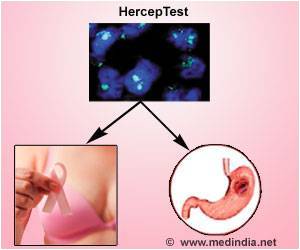 A team of scientists has identified the cancer specific stem cell which causes gastric cancer.

The team was led by a researcher from the Cancer Science Institute of Singapore (CSI Singapore) at the National University of Singapore. This discovery opens up the possibility of developing new drugs for the treatment of this disease and other types of cancers.

The research group, led by Dr Chan Shing Leng, Research Assistant Professor at CSI Singapore, demonstrated for the first time that a cancer-specific variant of a cell surface protein, CD44v8-10, marks gastric cancer stem cells but not normal cells. Conceptualised by Dr Chan and Associate Professor Jimmy So, a Senior Consultant from the Department of Surgery at the National University Hospital Singapore, the study is also the first to be conducted with human gastric tissue specimens and took five years to complete. This novel study will be published in the research journal Cancer Research, the official journal of American Association of Cancer Research, in May 2014.


Gastric cancer is a major cause of cancer-related deaths worldwide, with low survival and high recurrence rates for patients with advanced disease. New therapies for the treatment of gastric cancer are urgently needed.

Many cancer cell types express high levels of a cell surface protein known as CD44. This protein marks cancer stem cells that are thought to be responsible for resistance to current cancer therapy and tumour relapse. There are many forms of CD44 and the standard form of CD44, CD44s, is found in high abundance on normal blood cells. It was previously not known which form of CD44 is found on cancer stem cells. This is critical as an ideal cancer target should mark only cancer cells but not normal cells.

Research by the team and other scientists in the field has led to the hypothesis that the growth of gastric cancer may be driven by cancer stem cells. In this study, the researchers analysed 53 patient tissue samples in conjunction with patient-derived xenograft models which are derived from intestinal type gastric cancer. The team is one of the few groups in the world to have a relatively large collection of patient-derived xenograft models for gastric cancer and the first to use these models for identification of gastric cancer stem cells. A total of eight cancer cell lines were used in this study, including six new cell lines which were established by the researchers.

The scientists discovered a cancer-specific CD44 variant, CD44v8-10 marks gastric cancer stem cells but not normal cells. CD44v8-10 promotes cancer cell growth and it is significantly more abundant in gastric tumour sites compared to normal gastric tissue, which makes it easily detectable. The findings results suggest that CD44v8-10 is an ideal target for developing clinical therapeutics against gastric cancer stem cells. As CD44v8-10 is cancer specific, it may also be used as a biomarker for screening and diagnosis of gastric cancer. This is significant as biomarkers for early detection of gastric cancer are currently not available and doctors rely on endoscopy for the screening and diagnosis of this disease.

Said Dr Chan, "With our findings, we can now work on developing drugs that would recognise and attack the cancer stem cells only, reducing the side effects on normal cells. With additional funding, we aim to have a drug that can show efficacy in our models within three years."

"We are very excited about this discovery. It may explain why gastric cancer patients develop cancer relapse after chemotherapy as conventional chemotherapy mainly targets the common cancer cells. Hence, if we can find drugs that can target these gastric cancer stem cells, we may improve the patients' outcome in the future," said Assoc Prof So, who is also a faculty member from the Department of Surgery at the NUS Yong Loo Lin School of Medicine.

Weight, Socioeconomic Status may Determine the Risk of Gastric Cancer in Teens
A recent study pointed out to more than twice the risk of esophageal cancer in overweight teens than those having a normal weight
READ MORE

H. Pylori Vaccine Shows Promise When It Comes To Gastric Cancer
An oral vaccine against Helicobacter pylori , the bacteria responsible for peptic ulcers and some forms of gastric cancer was developed by researchers.
READ MORE

Variations Found in Death Rates After Oesophageal and Gastric Cancer Surgery
After surgery for oesophageal and gastric cancers, a pilot study has shown large variations between European countries in patient survival.
READ MORE