Cancer Rates Decline in US 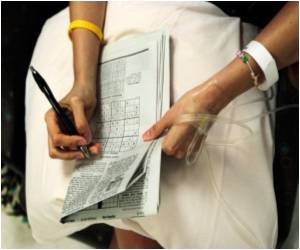 In United States the cancer death rates showed a decline in the period from 2003 to 2007, says study.

The Annual Report to the Nation on the Status of Cancer showed a decline of slightly less than one percent per year for new cancer diagnoses for men and women over the period.

Cancer deaths over the period fell by 1.6 percent annually, according to the report that included contributions from the National Institutes of Health, the Centers for Disease Control and Prevention, and the American Cancer Society.

Lung cancer and smoking are closely associated. Lung cancer risk increases with the intensity of smoking. For more details, take this quiz.
Advertisement
This probably reflects the fact that more women took up smoking while men began to quit, and females have since lowered their tobacco use.

Childhood cancer incidence rates -- in those age 19 or younger -- increased while death rates in this age group decreased.

"It is gratifying to see the continued steady decline in overall cancer incidence and death rates in the United States -- the result of improved methods for preventing, detecting, and treating several types of cancer," said Harold Varmus, director of the National Cancer Institute.

"But the full repertoire of numbers reported today also reflects the enormous complexity of cancer, with different trends for different kinds of cancers, important differences among our diverse people, and different capabilities to prevent, detect, and treat various cancers. Moreover, as our population continues to age, we have an obligation to discover and deliver better ways to control all types of cancers."

The report also indicated that in men, incidence rates have declined for cancers of the lung, colon and rectum, oral cavity and pharynx, stomach, and malignant brain tumors while rates have risen for kidney, pancreas and liver cancers, as well as melanoma of the skin.

In women, the study found a decline in breast, lung, colorectal, uterine, cervical, bladder, and oral cavity cancers, but increases for kidney, pancreas, and thyroid cancers as well as for leukemia and melanoma.

Cancer death rates were highest among black men and black women, but this group also showed the largest decline for the period between 1998 and 2007 compared with other racial groups.

News Archive
News Resource
News Category
Are Black Men at Risk for Early Prostate Cancer Lab-grown Human Tissue Model for Gastroesophageal Cancer How to Reduce Colorectal Cancer Risk in People With a Family History? Cancer Drugs Might be a Curse for Children and Grandchildren of Survivors Chemotherapy may Pose Disease Risk on Future Generations
More News
Sign up for Wellness Consult a Doctor Sign up for Selfcare