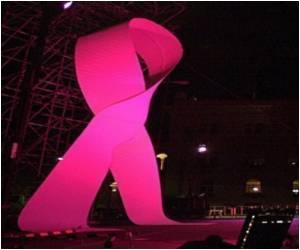 A recent study has examined the incidence of cancer in HIV patients.

Manfred Hensel's research group surveyed all German hospital outpatient clinics and ambulatory care centers specializing in the treatment of HIV patients in the period from 2000 to 2007.

They analyzed the largest collection of data on the incidence of cancer in HIV patients ever assembled in Germany.


It first became clear in the early 1980s that HIV infection is associated with malignancies. Kaposi sarcoma, cervical cancer, and non-Hodgkin's lymphoma were found particularly often in immune-deficient populations.

Because most patients infected with HIV die of these malignancies, the authors recommend tumour screening for HIV-positive persons.

The study appears in the latest issue of Deutsches ?rzteblatt International.

Cancer, is the second most leading cause of death worldwide. Cancer is not just one disease but many diseases. There are more than 100 different types of cancer. Take this quiz on and test how much you know about cancer.
Advertisement
<< Survival Improves in Ovarian Cancer
Smoking at Nine Years Old! >>

Sinopril (2mg) (Lacidipine) Sanatogen Accident and Trauma Care Turmeric Powder - Health Benefits, Uses & Side Effects The Essence of Yoga Calculate Ideal Weight for Infants Loram (2 mg) (Lorazepam) Blood Pressure Calculator Selfie Addiction Calculator Vent Forte (Theophylline)
This site uses cookies to deliver our services. By using our site, you acknowledge that you have read and understand our Cookie Policy, Privacy Policy, and our Terms of Use