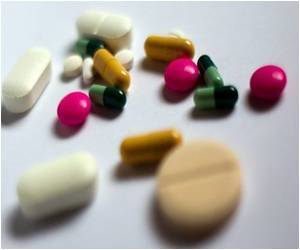 The mechanism by which cancer cells develop resistance to a drug called MLN4924 has been discovered by Sanford-Burnham Medical Research Institute scientists. This experimental therapy is currently being tested in a number of Phase I and Phase I/II clinical trials to determine its efficacy against several different types of cancer, including multiple myeloma, leukemia, and lymphoma.

Published online March 19 by Cell Reports, the study shows that MLN4924-resistant cancer cells escape death because they have a simple mutation in the drug's targetNEDD8-activating enzymethat prevents the drug from binding. In unraveling this mechanism, the researchers also developed a relatively quick, low-cost laboratory method that can be used to personalize cancer therapies by predicting how cancer patients will respond to this or other drugsall before a person starts taking it.

"Due to genetic variability, some tumors might be more prone to developing resistance to treatment than others. Pinpointing the right treatment for an individual can be a frustrating and costly trial-and-error process. The method we developed in this study to determine the mechanism of resistance for one anti-cancer drug gives us a jumpstart on knowing if this resistance mechanism will hold true for other drugspotentially saving time and money," said Matthew Petroski, Ph.D., assistant professor in Sanford-Burnham's National Cancer Institute-designated Cancer Center and senior author of the study.

MLN4924 kills most cancer cells by binding and inactivating the NEDD8-activating enzyme. NEDD8 and the enzymes that control it are part of the ubiquitin proteasome system (so-named because it's ubiquitous, found in every cell in the body).

Study suggests the effectiveness of oral cancer drugs can be reduced due to other medications taken by the patients.
Advertisement
This complex network of enzymes tags proteins with a molecule called ubiquitin. Once it receives this "kiss of death," a protein is destined for the proteasome, the cell's "meat grinder." Depending on which proteins are being destroyed, this process helps control almost every aspect of cellular function and is frequently altered in cancer.

When MLN4924 shuts down NEDD8, a critical part of the ubiquitin proteasome system malfunctions and instead of continuing to proliferate, cancer cells die.

According to Petroski, finding new ways to target the ubiquitin proteasome system and prevent it from chewing up key proteins is a promising research area that might lead to powerful new anti-cancer therapeutics.

Petroski and his laboratory, including the study's first author, researcher Julia Toth, Ph.D., discovered that MLN4924 kills more than 99 percent of cancer cells in laboratory tests. Yet a small population survives.

In that small but important population of MLN4924-resistant cells, Petroski's team found a mutation in the NEDD8-activating enzyme. With just a single change in a single nucleotide in the gene that encodes this enzyme, the cells were able to survive.

"Gleevec and other cancer drugs that work by binding and inactivating kinasesanother class of enzymesalso lose their potency when their target proteins mutate. But this is the first time such a mechanism has been identified for a drug that targets an enzyme of the ubiquitin proteasome system," Petroski said.

Understanding how cancer cells manage to avoid death at the hands of MLN4924 provides clues as to how scientists might improve it or other drugs that target the ubiquitin proteasome system in a way that makes them more effective. In addition to further developing their laboratory test to determine a drug's efficacy, Petroski and his team are now leveraging this knowledge to find new anti-cancer drugsparticularly drugs that can circumvent this newly discovered resistance mechanism.

The new generation of anti-cancer drugs are doubtless effective, but the most common adverse events associated with them happen to be skin problems.
Advertisement
Advertisement