Cancer Care Costs to Rise in Some States 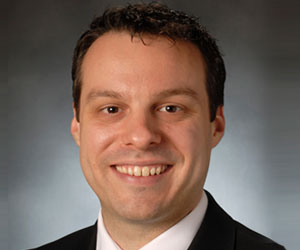 By 2020, cancer-related medical costs to double in some states in less than eight years, states study.

The study, published in The American Journal of Managed Care, includes state-by-state projections of cancer care costs through the year 2020.


"The projections reflect expected demographic shifts," said Justin Trogdon, Ph.D., a health economist at RTI and the lead author of the study. "The states with the higher forecasted increase in costs also have the higher forecasted increases in the number of residents over age 65. These estimates provide a useful baseline against which to gauge the impact of cancer policies and could be useful for guiding future investments in cancer prevention and early detection."

Cancer, is the second most leading cause of death worldwide. Cancer is not just one disease but many diseases. There are more than 100 different types of cancer. Take this quiz on and test how much you know about cancer.
Advertisement
The states with the highest projected cancer-care costs were California ($28.3 billion), Florida ($24.9 billion), Texas ($19.6 billion) and New York ($17.4 billion). Washington, D.C. had the lowest projected cancer-care costs ($347 million), followed by Alaska ($508 million) and Wyoming ($539 million).

The researchers used cancer prevalence data from the 2004 to 2008 Medical Expenditure Panel Survey along with U.S. Census Bureau population forecasts to determine how many people in each state will likely need cancer treatment in 2020 and what the average cost of treatment will be.

State-level estimates of the number of residents needing cancer treatment between 2010 and 2020 varied significantly across states, ranging from a 7 percent decline in cancer cases in Washington D.C. to 46 percent increase in Arizona.

"Effective prevention and early detection strategies are needed to limit the growing burden of cancer," Trogdon said. "We hope that these findings are useful for states as they try to make evidence-based decisions about the allocation of resources for cancer research and interventions as well as other policy decisions related to cancer prevention and treatment."

The projections in the study were based on the assumption that the percentage of people treated for cancer would remain constant within age, sex and state categories and that the inflation-adjusted cost of cancer care per person will increase by 3.6 percent per year.

World Cancer Death Clock is a dynamic calculator that constantly updates the number of people in the world dying due to various cancers.
Advertisement
<< Maharashtra Government Aims to Boost Organ Donations
U.S. Government Funds to Medical Research Changed by the Pa... >>