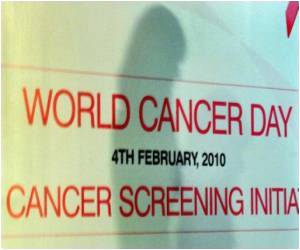 The complete population of Meghalaya will benefit under the cancer awareness and detection drive which will be conducted by the first mobile cancer detection unit in India and the whole project will be completed by March 2013.


Meghalaya is the first Indian State to launch a cancer screening campaign for the entire state, he added


Around one lakh people will be provided free awareness about cancer and free detection camps would be orgnised at remote villages to initiate a drive to fight breast, cervix and oral cancer. In all, seven districts of Meghalya will be covered by December 2010.

The screening campaign was launched on April 15, 2010 at the Civil Hospital, Shillong

Dr.Gupta said two state-of-the-art mobile cancer detection units worth Rs 2 crore have been provided by the MKC Roko Cancer Trust to Meghalaya Government. These units have been stationed at Shillong and Tura, and would travel to various places whenever free cancer awareness and detection camps are conducted.

A team of doctors and volunteers will travel with the unit providing free detection facilities and further investigation test to the people at their doorstep. . This facility would be provided free of cost.

Simplified Test for Early Breast Cancer Detection on the Anvil
A library of synthetically produced antibodies that can detect and rapidly validate proteins secreted by breast cancer cells is being built by University of Arkansas researchers.
READ MORE

We may Have a Home Cancer Detection Kit Soon
Scientists are putting their efforts on a tiny liquid sensor which may spot cancer instantly and this may well be the first home detection kit for cancer of its kind.
READ MORE

"stochastic Resonance" Improves Clarity in Detecting Breast Cancer Detection
The clarity of signals in systems such as radar, sonar and even radiography could give much more clarity in detection of breast cancer by using stochastic resonance (SR),
READ MORE