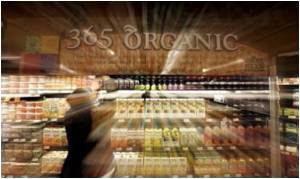 Canada has been flooded with advertisements of foods and food supplements that promise good health and a better quality of life.

Yet, according to the nationwide Ipsos Reid survey nearly half of Canadians don't believe in these statements. According to the poll, 47 percent "somewhat agree" with believing the health claims on the food labels and only 5 percent "strongly believe" the statements made on the packaging.

Among the 47 per cent who stated that they don't believe these health claims, there are more older people than young Canadian who are the least likely to be skeptical. There are regional differences too in that people in Quebec are most likely to believe in these claims while Western Canadians are the most hard to convince.


The most interesting figure is the percentage of Canadians who are willing to pay more for the food with the health claims - just 44 per cent.

With a bombarding of health messages written by experts and backed up by legal advisers, the Government is looking into ways to bring credibility thorough establishing nutritional eligibility criteria for these health claims.

A food additive is a non-nutritive substance added deliberately to any food product to improve its color, texture, flavor or shelf life
Advertisement
<< Playing With Dad
Post-orgasmic Illness Syndrome >>

The Science Behind Health Claims

Daily Calorie Requirements Color Blindness Calculator Calculate Ideal Weight for Infants Post-Nasal Drip Selfie Addiction Calculator Iron Intake Calculator Vent Forte (Theophylline) How to Reduce School Bag Weight - Simple Tips Accident and Trauma Care The Essence of Yoga
This site uses cookies to deliver our services.By using our site, you acknowledge that you have read and understand our Cookie Policy, Privacy Policy, and our Terms of Use  Ok, Got it. Close
×