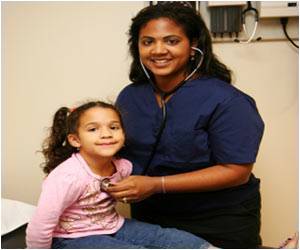 Child's ADHD Risk Could Be Predicted By Maternal Health

According to a new study the chances of having a child with Attention Deficit Hyperactivity Disorder (ADHD) may be predicted based on maternal health.
Advertisement


His drive comes as the G8 faces fire for failing to meet previous aid promises and amid the looming prospect it may fail to meet a key set of development aims.

The World population today is 6,604,123,988. On the World Population Day the theme is Men as partners in Maternal Health
Advertisement
At a G8 meeting in Scotland in 2005, leaders vowed to increase development aid by 50 billion dollars by 2010, a target that has fallen 20 billion dollars short, according to development lobby group Oxfam.

The G8 is also under pressure to meet the eight so-called Millennium Development Goals, which included aims to halve the number of people living on less than one dollar a day between 1990 to 2015 and reduce maternal mortality by three quarters.

Experts say these targets are almost certain to be missed.

Shortly after greeting African leaders to the lakeside town, Harper urged his colleagues to act. "We must follow through on our initiatives and meet our commitments, he said.

"If the countries with the greatest resources will not take on the most urgent global issues, then who will?"

Women who immigrate to the UK pick up worse health behaviours the longer they live in the UK says a new study.
Advertisement
Advertisement