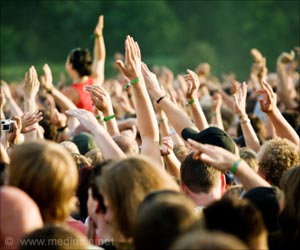 Canadian health officials warned that a person infected with measles may have spread the virus at a recent large gathering of Christian youth in Toronto. The latest case of a person who attended the 'Acquire the Fire' event at the Queensway Cathedral on February 6 and 7 brings the Canadian total to 22.

Ontario province's acting chief medical officer, Robin Williams, said, "The Toronto event attracted a large number of youth from all over Ontario, as well as performers, volunteers and speakers. The person with a newly-confirmed case of measles had attended the event during the infectious period."

Williams urged anyone who was in attendance to keep an eye for symptoms over the next 2-weeks. Symptoms of measles include fever, cough, runny nose, and inflammation of the eyes or rash.

Doctors and health experts have urged the need to renew their attention to measles, reveals editorial published in the New England Journal of Medicine.
Advertisement

A slight increase in the risk of febrile seizures in children has been noted due to a combined measles-mumps-rubella-varicella (MMRV) vaccine as compared to separate vaccines, a study has found
Advertisement