Can We Imagine Being Vaccinated Against Stress ? 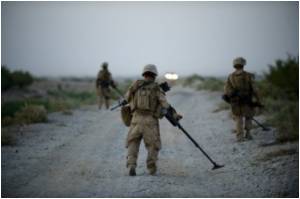 Drugs that helped zebras regain composure after being chased by ravenous lions has offered a clue to researchers of its possible use in humans to cope with everyday stressors.

Californian scientists are working on a single injection that will help people relax without slowing down - in other words, the world's first vaccine for stress.


Sapolsky, has been working on hormones called glucocorticoids, which are part of the body's immune system and help to fight cancer and inflammation.

Post Traumatic Stress Disorder (PTSD), is a mental condition triggered by a traumatic event. PTSD treatment includes pyschotherapy, behavior therapy and medications.
Advertisement
He observed that, while a zebra will turn off the stress chemicals after escaping from a lion, modern man not only produces too many glucocorticoids in response to everyday alarms but also cannot turn them off afterwards.

He said the hormone becomes toxic both biologically, by destroying brain cells and weakening the immune system and socially, when people continue to snap at friends hours after the original cause of tension vanished.

After early setbacks, the Stanford team adapted a herpes virus to carry engineered "neuro-protective" genes deep into the brain to neutralise the rogue hormones before they can damage the brain.

The virus is now shown to work on rats.

"To be honest, I'm still amazed that it works," News.com.au quoted Sapolsky as telling Wired magazine.

He warned that human trials were years away, "but we have proved that it's possible."

"We can reduce the neural damage caused by stress," he added.

Babies lavished with motherly affection are less likely to become anxious and stressed adults, according to an unusual study released Tuesday.
Advertisement
Advertisement

Can We Imagine Being Vaccinated Against Stress ? Personalised Printable Document (PDF)