Can Midazolam Drug Be an Effective Treatment Option for Seizures During Emergency? 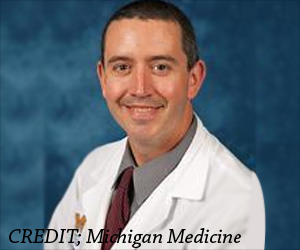 Status Epilepticus is a type of epilepsy which is characterized by seizures followed by one after the other, without the recovery of consciousness.

Patients who experience seizures outside the hospital are often administered drugs on an ambulance, which forms an important component of their overall care.

This medication is a benzodiazepine, prescribed for preoperative sedation, anxiolysis and amnesia.
Advertisement
‘Seizures during emergency can be treated by administering Midazolam drug in ambulance.’

A recent study found that care is required to improve knowledge on the availability of taking midazolam, benzodiazepine drug.


"When people experience seizures we frequently call an ambulance, and they're treated with a benzodiazepine if they're still having a seizure when the ambulance arrives," says William Meurer, M.D., associate professor of emergency medicine at Michigan Medicine and a member of the Michigan Center for Integrative Research in Critical Care and the University of Michigan Institute for Healthcare Policy and Innovation. "There are a few type of benzodiazepines that can be used, one of which is midazolam."

Do you know which doctor should you consult if you have Absence Seizure. This and other commonly asked questions about this condition.
Advertisement
Meurer is the senior author on a new study that investigated if previous research on midazolam's efficacy as a seizure treatment affected whether ambulances nationwide were choosing the drug over other benzodiazepines for seizure patients.

The team focused on a clinical trial, titled RAMPART and published in 2012, in which lead author Robert Silbergleit, M.D., also of Michigan Medicine, and his team demonstrated that midazolam was more effective in treating seizures than other benzodiazepines. Because it is injected, rather than administered through an IV, it is also faster to use, RAMPART found.

"Here, we have a situation where this drug works as a treatment, is faster to administer, is cheaper than others, and it's easier to use because it doesn't have to be refrigerated like some other benzos," Meurer says. "But, we know that the process of clinical trial findings moving into accepted clinical practice can take years and years. We wanted to see, after RAMPART was published, how quickly and how much did a clinical trial change what ambulances were doing across the country."

Meurer adds, "Ambulances are different than a doctor; for example, sometimes they make yearly decisions on what medicines they stock. If a doctor wants to start prescribing a different medication to a seizure patient, they can generally do so right away. With ambulances, there could be administrative delays from the agency."

The team identified all patient care events, both pediatric and adult, where the patient was treated with benzodiazepines for seizures and presumed convulsive status epilepticus in the pre-hospital setting from Jan. 1, 2010, to Dec. 31, 2014.

After adjusting for secular trends, demographic characteristics, EMS encounter characteristics and agency size, the team found the odds of a patient receiving midazolam were 24 percent higher after the RAMPART study's publication.

"We found a substantial increase in the use of midazolam and the rate at which it was adopted after RAMPART," Meurer says. "It's hard to say this can all be attributed to RAMPART. Perhaps people were already learning more about midazolam and its benefits, but it's encouraging to see EMS agencies embracing clinical trial results and knowledge gained through these trials."

The team also performed a secondary analysis for rates of airway interventions and rescue therapy for patients treated with midazolam and noted little change in those values from before and after RAMPART was published.

The future of midazolam
While midazolam is gaining traction in the seizure community, it has already been used for several years for lethal injections -- perhaps to the detriment of seizure patients.

"I'm fearful this important drug may suffer the same fate some of its fellow injections, such as sodium thiopental, have seen," Meurer says. "Drug companies aren't making enough money off of midazolam to make it worth the bad press it gets from executions."

Meurer hopes its benefits for patients will outweigh the negative attention, adding, "I hope people will realize this drug is so much more widely used than sodium thiopental was and is incredibly beneficial to this patient population."

Seizure or a convulsion is a result of abnormal electrical activity in the brain. If there are two or more unprovoked seizures at an interval of at least 24 hours, it is referred to as epilepsy.

Can Midazolam Drug Be an Effective Treatment Option for Seizures During Emergency? Personalised Printable Document (PDF)