Can Meditation and Ballet Increase Wisdom? 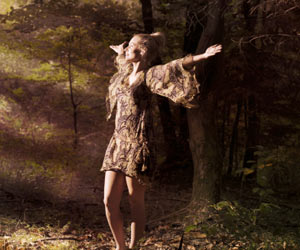 Though people become wise with age, a new study suggests that meditation and somatic (physical) practices such as classical ballet might lead to increased wisdom.

The University of Florida's Monika Ardelt said that "As far as I know this is the first study to be published that looks at the relationship between meditation or ballet and increased wisdom. That meditation is associated with wisdom is good to confirm, but the finding that the practice of ballet is associated with increased wisdom is fascinating. I'm not going to rush out and sign up for ballet, but I think this study will lead to more research on this question."

From the renowned Paris Opera, a group of French ballet stars donned tutus and tights in the shadow of the crippled Fukushima nuclear plant and twirled their way into the hearts of local students.
Advertisement
‘Somatic practices such as classical ballet could be a possible path to wisdom.’

The researchers included ballet in the study, "not expecting to find that it was associated with wisdom, but rather for comparison purposes," said lead author Patrick B. Williams.


"The link between ballet and wisdom is mysterious to us and something that we're already investigating further," Williams said.

This includes ongoing studies with adult practitioners of ballet, as well as among novices training at Chicago's Joffrey Ballet.

Eight Dancers from Cuba's National Ballet Defected to the US

After an event in Puerto Rico, a group of eight dancers with Cuba's prestigious National Ballet defected to the United States, one of the dancer's father said Monday.
Advertisement
Williams wants to track novices and seasoned practitioners of both meditation and ballet for months and years to see whether the association holds up over time.

The published research was groundbreaking because science has overlooked somatic practices as a possible path to wisdom, Williams said. The study is published in PLOS ONE.

Ballet is the Latest Craze Among Singapore Grannies

Grandmothers in Singapore do not wish to be left behind as far as fitness goes, and many of them have taken to ballet to stay healthy.
Advertisement
<< Nutritional Drink Shows Potential to Improve Memory in Peopl...
Voluntary Organ Donation Increases by 60-fold in China >>

Structural changes in a ballerina's brain due to years of training help her stay balanced in the pirouette, says a report that may aid the treatment of chronic dizziness.