Can Daydreaming Improve Your Task Performance 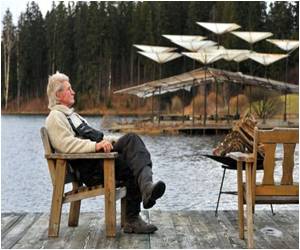 Daydreaming not only offers a welcome "mental escape" from boring tasks, but is also found to improve task performance, reveals a new study.

Scientists at Bar-Ilan University are the first to demonstrate how an external stimulus of low-level electricity can literally change the way people think, producing a measurable up-tick in the rate at which daydreams, or spontaneous, self-directed thoughts and associations, occur.

Prof. Moshe Bar said that they focused tDCS stimulation on the frontal lobes because this brain region has been previously implicated in mind wandering, and also because was a central locus of the executive control network that allows people to organize and plan for the future.


The present study demonstrated how the increased mind wandering behavior produced by external stimulation not only does not harm subjects' ability to succeed at an appointed task, it actually helps.
Advertisement
The result might stem from the convergence, within a single brain region, of both the "thought controlling" mechanisms of executive function and the "thought freeing" activity of spontaneous, self-directed daydreams.

Pathway of Daydreaming is Opposite to Reality in Our Brain
The pathway of daydreaming or imagination is exactly opposite to reality in our brains, reveal a ......

Lucid Dreamers Help Scientists Locate the Seat of Meta-Consciousness in the Brain
New studies on lucid dreaming have now helped scientists discover the seat of meta-consciousness of ...

Dreams Demystified
Dream theories and meaning of dreams abound while our dreams continue to intrigue us, puzzle us, ......