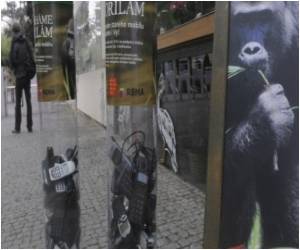 Many people have an opinion on whether animals can help to improve well-being and care for patients in hospitals.

Does anyone really know whether there are benefits both for the patients and the animals themselves?

Not according to a team of researchers from the University of Adelaide, which has conducted a worldwide review of all studies looking at the impact of "animal interventions" in healthcare settings for children.


The researchers, from the University's School of Psychology and School of Animal and Veterinary Sciences, have found that despite theories emerging as early as the 1960s on the benefits of animals for sick children, there is a major gap in scientific knowledge in this area.
Advertisement
The team has now published its findings in the international journal Anthrozoös.

"If you speak with most people they'll say it's a good thing for animals such as dogs and cats to be taken into hospitals, so that patients can derive some form of therapeutic effect from their association with the animals," says lead author Professor Anna Chur-Hansen, Head of the School of Psychology.

"Since the 1980s, when the term 'human-animal bond' was coined, it started to become taken for granted that animals would bring about an improved sense of wellbeing for people in healthcare or palliative care.

"However, the scientific world has done such a poor job of researching this field that no-one can truly say what the benefits are, how they work, or whether such a situation causes problems or distress - or the exact opposite - for the animals themselves," she says.

Professor Chur-Hansen says that a number of animal and pet support groups have sprung up around Australia and overseas with the aim of providing benefits for patients.

"The assumption is that these programs are beneficial - and from the little evidence available they are likely to be - but no-one has yet fully assessed the range of issues associated with the human-animal bond in the healthcare setting," Professor Chur-Hansen says.

"For example, is it better to have your own pet come and visit, or to have someone else's pet visit you in hospital? What risks are associated with having animals on site amongst children, and what problems does it cause for disease control? What is the impact on the animals themselves, and is having animals in a hospital or hospice inappropriate for people of some cultures? These are among the many questions being left unanswered.

"Our hope is that by better understanding what's really happening, we'll be able to develop guidelines that will lead to best practice - guidelines that could be used by animal support groups and healthcare professionals alike," she says.

Everyone Votes in India, Whether They Travel by in Vehicles or Animals
Organizers of India's elections are making sure no one misses on a chance to vote, whether they ......

Britain Firm on Reducing Animals Used in Research
Britain has announced it would further intensify steps to reduce animal use in laboratory research....

Birth Hormone may Control the Expression of Autism in Animals
In recent years, the scientific community has agreed that autism has its origins in early ......