Can a Celebrity Promote Public Health? 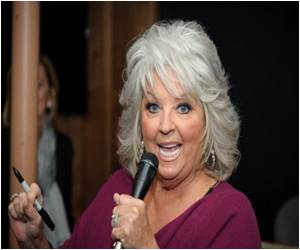 The extra publicity that celebrities provide can help promote public health, suggests Simon Chapman, Professor of Public Health at the University of Sydney.

He acknowledges that celebrities are not experts but says, unlike many experts, they "often speak personally and bring compelling authenticity to public discourse."

Experts Believe That Public Health Need a Radical Shake Up

Professor Gerard Hastings from the Institute for Social Marketing at the University of Stirling argues that marketing by MNCs is stressful and encourages unsustainable consumption.
Advertisement

He says those concerned about celebrities in health campaigns "invariably point to examples which have gone badly wrong or which fail to change the world forever" but argues "they are silent about the many examples of celebrity engagement that have massively amplified becalmed news coverage about important neglected problems or celebrity involvement in advocacy campaigns to promote evidence based health policy reform."


Why do we expect perfect outcomes after celebrity engagement yet are realistic about the need to sustain public campaigns beyond their first burst, he asks?

Among 43 effective public health strategies are government policies that make healthy foods more affordable, improved sidewalk, street and land-use design to encourage physical activity.
Advertisement
He points to the case of cricketer Shane Warne who, in 1999, accepted a six figure sum to use nicotine replacement therapy to quit smoking. When photographs appeared of him smoking again, many experts "failed to exploit" the important message about the risks of relapsing, says Chapman, "instead climbing on a cynical populist bandwagon about his alleged motives."

He also points to Kylie Minogue's breast cancer, which "led to an increase in unscreened women in the target age range having mammography, but also to an increase in young women at very low risk seeking mammograms and thus being exposed to unnecessary radiation and false positive investigations."

The ambivalence about "the Kylie effect" reflects enduring debate about the wisdom of breast screening, he says, "but it should not blind us to the potential value of celebrity engagement in important causes."

In contrast, Geof Rayner, Former Chair of the UK Public Health Association, and Honorary Research Fellow at City University London is worried about the insidious influences of celebrity. While celebrities might impart a short term boost to campaigns, he believes they "must tread a cautious path of support because of the risk that the celebrity becomes the story, not the campaign."

Celebrities help shift products, that much is certain, he writes, but argues that celebrity "has become mainstream marketing strategy" across society, even in politics.

He says new measures are needed to promote public health and points to campaign groups that "bring together the lobbying power of thousands of ordinary people through the internet."

Rather than relying on media stunts, modern health campaigners "need to go on the offensive against junk food, alcohol, gambling, and other often celebrity linked, commercial propaganda," he says. "At some point celebrity culture will begin to pall," he concludes. "Some celebrities might help, but let's not look for saviours, buoyed by the happy thought that the work is done when a celebrity is involved. That's a lie too."

Editors and guest editors argued in an editorial that the multinational food and beverage industry has a growing influence on the global health agenda.
Advertisement
<< Evidence Shows That Brain Parts can Evolve Independently
Obese Children at a Greater Risk >>

Drug - Food Interactions Blood Donation - Recipients Find a Hospital Noscaphene (Noscapine) Hearing Loss Calculator A-Z Drug Brands in India Calculate Ideal Weight for Infants Blood Pressure Calculator The Essence of Yoga Nutam (400mg) (Piracetam)
This site uses cookies to deliver our services. By using our site, you acknowledge that you have read and understand our Cookie Policy, Privacy Policy, and our Terms of Use