Cameron Warns Against Protectionism, but Asks for Pfizer Assurance on AstraZeneca Takeover 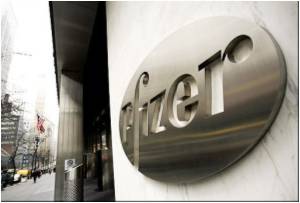 Even as David Cameron backed foreign investment, saying that it would be beneficial for Britain and warning the country from turning towards protectionism, the British Prime Minister asked US pharmaceutical giant Pfizer to provide more assurances that its takeover bid for AstraZeneca would be in his country's national interest.

But he told parliament that the US firm had yet to convince him that the purchase of a company employing 6,700 people in Britain would be in the national interest.

Facing questions in the House of Commons, Cameron said the commitments made so far -- including retaining at least 20 percent of the research and development workforce in Britain -- were "encouraging".


He said: "Let me be absolutely clear, I'm not satisfied, I want more. But the way to get more is to engage, not to stand up and play party politics." .
Advertisement
He added: "The more we can do to strengthen the assurances the better."

AstraZeneca has so far rebuffed approaches from Pfizer, but Pfizer has hinted that it could launch a hostile takeover if the stalemate persists.

A deal around the £60 billion ($101.8 billion) mark would be the biggest ever foreign takeover of a British company.

Cameron dismissed suggestions from the leader of the main opposition Labour Party, Ed Miliband, that he was "cheerleading" for the deal by instructing cabinet ministers to discuss the situation with both companies.

He said he agreed with the position taken by Business Secretary Vince Cable, who refused on Tuesday to rule out intervening to block a formal bid.

"The most important intervention we can make is to back British jobs, British science, British R&D, British medicines and British technology," Cameron said.

"We know what happens when you do not engage"

"We are fighting for British science and I just think it is a pity that he (Miliband) is trying to play politics rather than backing the British national interest."