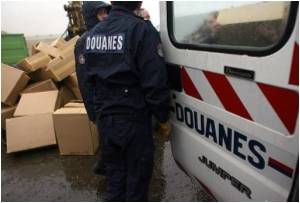 Researchers from the University of Cambridge's Institute of Criminology (IoC) have now published the first full scientific study of the landmark crime experiment they conducted on policing with body-worn-cameras in Rialto, California in 2012, the results of which have been cited by police departments around the world as justification for rolling out this technology.
Advertisement

The experiment showed that evidence capture was just one output of body-worn video, and the technology was perhaps most effective at actually preventing escalation during police-public interactions: whether that's abusive behaviour towards police or unnecessary use-of-force by police.


During the 12-month Rialto experiment, use-of-force by officers wearing cameras fell by 59 percent and reports against officers dropped by 87 percent against the previous year's figures.
Advertisement
The researchers said that the knowledge that events are being recorded creates "self-awareness" in all participants during police interactions. This was the critical component that turns body-worn video into a "preventative treatment": causing individuals to modify their behaviour in response to an awareness of "third-party" surveillance by cameras acting as a proxy for legal courts, as well as courts of public opinion, should unacceptable behaviour take place.

The idea behind body-worn-video, in which small high-definition cameras are strapped to a police officers' torso or hat, was that every step of every police-public interaction, from the mundane to those involving deadly force, gets recorded to capture the closest approximation of actual events for evidence purposes, with only case-relevant data being stored.

Ariel and colleagues are currently replicating the Rialto experiment with over 30 forces across the world, from the West Yorkshire force and Northern Ireland's PSNI in the UK to forces in the United States and Uruguay, and aim to announce new findings at the IoC's Conference for Evidence-Based Policing in July 2015.

Early signs match the Rialto success, showing that body-worn-cameras do appear to have significant positive impact on interactions between officers and civilians.

However, the researchers caution that more research would be required, and urge police forces considering implementing body-worn-cameras to contact them for guidance on setting up similar experiments.

Crime Scene Science - The Past, Present and Future of Forensics
Murder investigations and crime reports, as they appear on television, have glamorized the field of ...

Adolescents Scared of Crime Less Suitable to Become Criminals: Study
Adolescents who are more frightened of crime are less suitable to become victims and culprit of ......